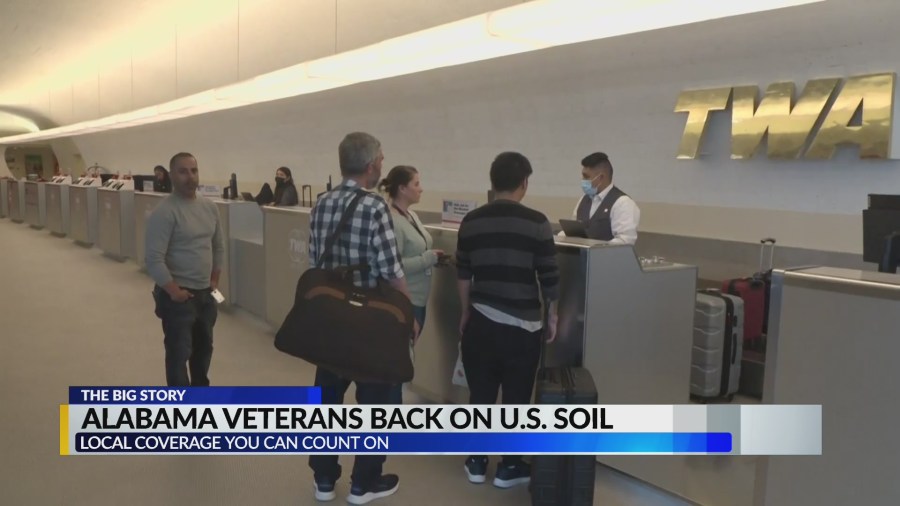 BIRMINGHAM, Ala. (WIAT) — Two Alabama veterans captured in Ukraine are back on American soil and will soon connect with their closest loved ones in a moment they’ve been awaiting for months.

Alex Drueke and Andy Huynh were taken by Russian forces on June 9 and held as prisoners of war until they were freed this week on Wednesday. They arrived at John F. Kennedy International Airport in New York Friday morning.

“We’re looking forward to spending time with family and we’ll be in touch with the media soon,” Drueke told reporters at the airport. “Happy to be home.”

Both of their families are stunned that they’re almost back in Alabama.

Drueke’s aunt Dianna Shaw said she feels nothing but relief and appreciation for the U.S. government to get these veterans home.

“Our government did not have to support us the way they did but by golly, they were so helpful in supporting us and making sure we got connected with the Ukrainian government,” Shaw said.

“It is so hard to believe after all of those months, all of this time waiting and wondering and counting the days and feeling like it would never end,” Black said. “Then everything happened so quickly, so unexpectedly.”

Shaw said she has briefly spoken with Drueke on the phone who told her when they were being moved to the U.S. Embassy in Saudi Arabia. He said he was blindfolded for 17 hours while being transported.

“At first, they knew it could go either way,” Shaw said. “They knew they were either being freed or taken into the heart of Russia to an uncertain destiny.”

It’s a destiny worth the wait now for the family reunions to come this weekend.

“Alex did tell me that he wants to use this moment in the spotlight to really encourage people to continue to pray for the Ukrainian people and to continue to support them,” Shaw said.

Black said she’s glad to be getting her bonus son back.

“I’m really glad that it looks like we’ve managed to do what we said we were going to do at the very beginning, which is bring these guys back home together,” Black said.

If all goes as planned, both veterans will be back in Alabama on Saturday. The families said they plan to spend time quietly reuniting with all loved ones and getting them thoroughly checked out to be sure they are okay.