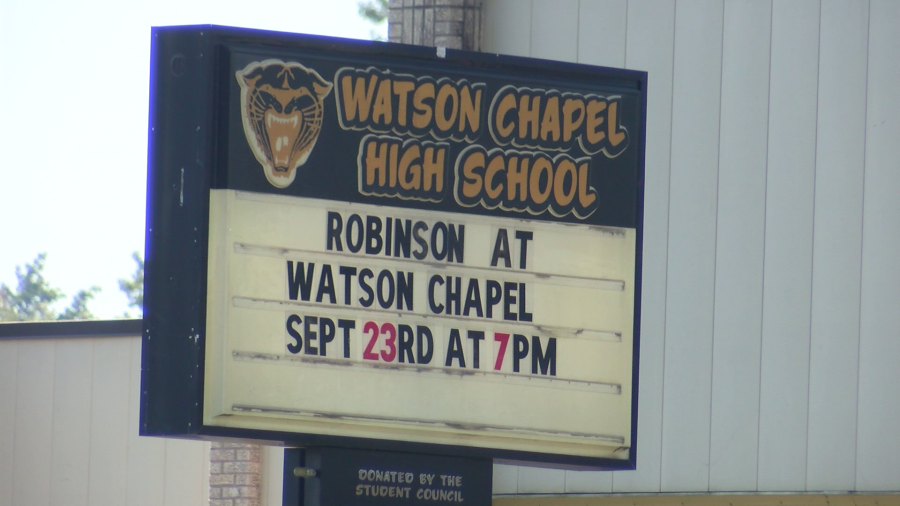 PINE BLUFF, Ark — Back to back Fridays, Watson Chapel High School and Junior High students have stopped learning and started hiding due to potentially deadly threats.

It has students like senior Christopher Addison asking, “What is going on? Why do people feel the need to scare kids?”

Pine Bluff Police report no one has been caught in either incident, but the department do believe it was the same person both weeks because each message came from the same phone number.

“Ain’t no telling if the next one is going to be the real thing or not,” Addison worries.

He remembered hearing “code black” before barricading quietly into a dark room on September 16.

“The first time I was just worried for everybody’s safety because you had so many people crying,” he stated.

Over 30 law enforcement officers from the Pine Bluff Police Department, Jefferson County Sheriff’s Office, and the Arkansas State Police responded to the school on September 16. September 23 felt like Deja Vu but not for every student.

According to Addison, “You had less people crying because some people think it is just a joke.”

“Everybody is tired of it. They don’t want to hear this type of news at their school, I don’t blame them,” Wilson remarked.

While sheltering in place and evacuating no students were hurt. Wilson adding the police have told him catching who is responsible is their top priority.

“It’s happening all over the nation, in other school districts, and we want to be sure to do our best to keep our students safe, and we’re going to do that. I promise you,” Wilson said.

“Swatting” is when someone alerts law enforcement with a false story of a crime in progress. According to the National Association of School Resource Officers, it’s happened in 15 states’ schools from Sept. 13 through Sept. 23.

Kooyenga said at this point she expects another false alarm next Friday, but her fellow band member Addison wonders if it is not just a twisted prank but something more sinister.

“If the same person is doing it twice, I feel like they are just trying to plan out something. See how many police are coming. How long they have”, Addison feared.

Pine Bluff Police are asking anyone with information on the identity or location of the person making the false reports to call their tip line at 870-830-2106 or the dispatch center at 870-541-5300.