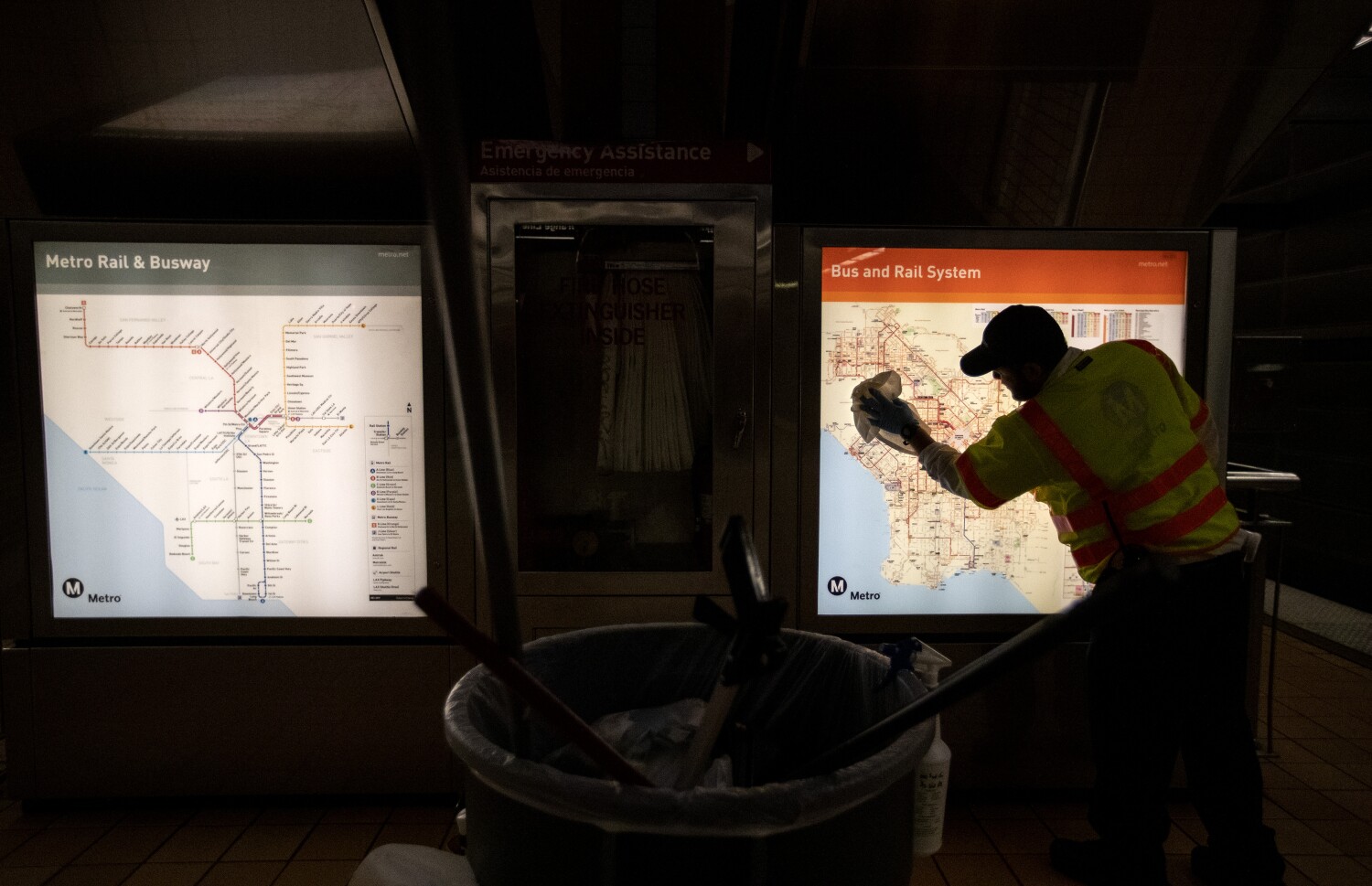 More than a quarter of L.A. County Metro employees have yet to show proof that they are vaccinated against COVID-19, despite the transportation authority imposing a recent deadline for workers to get the shots or face possible termination.

The latest figures from Metro indicate that 72% of its employees have shown they were vaccinated, according to the transportation authority. Those numbers, which do not include workers out on leave, are lower among some categories of Metro employees — most notably its operators and schedule checkers, who reported only a 58% vaccination rate.

The vaccination numbers raise questions about how Metro will balance its goals of protecting transit riders and maintaining crucial services if high numbers of workers remain out of compliance with its COVID vaccination rules. Representatives for several unions that include Metro employees did not immediately respond to requests for comment about the vaccination policy.

Metro employees reached a crucial deadline on Friday to show they are vaccinated. Thousands of Metro workers had already missed an earlier deadline set by the authority, which told employees they needed to be fully vaccinated by Nov. 1.

In early November, roughly 61% of Metro employees had reported that they had gotten the shots. The rest — more than 3,700 employees — had not reported their status at that time, according to Metro communications manager Brian Haas.

Metro workers who had not provided proof of COVID vaccination by the November deadline were instructed in a letter to either get the shots or request an exemption by the beginning of December. Unvaccinated workers were also required to complete a virtual workshop on COVID vaccines.

“Metro has an obligation to provide and maintain a safe workplace,” Metro communications director Dave Sotero said in a statement. “We adopted a mandatory vaccination policy to safeguard the health of our employees and their families, our customers and the community at large from infectious diseases that vaccinations may reduce.”

After the December deadline, “employees who are out of compliance will receive discipline outlined in the policy, up to and including termination,” Sotero said.

Metro employees can seek medical or religious exemptions from the vaccination requirements, but Haas said those workers will need to undergo weekly testing. Sotero said that as of Nov. 30, 667 employees at the transportation authority had requested exemptions and 289 had been granted them. Testing for employees is slated to begin the week of Dec. 13.

The Metro vaccination policy states that workers do not have to show proof of vaccination while their exemption requests are pending, but must do so within 30 days if they are turned down for an exemption.

As COVID-19 has persisted as a public health threat, government agencies in L.A. County and around the state have been prodding their workers to get the vaccines through employer mandates.

But with vaccination rates lagging in some sectors, many agencies have been reluctant to rush to firings, instead opting to offer more time to unvaccinated workers to comply. For instance, Los Angeles city workers who had not gotten vaccinated by an October deadline were afforded more time to get the shots under a plan approved by the City Council.

However, L.A. required those workers to sign a notice that directed them to get the shots by a mid-December deadline — and employees who balked at signing that notice have already been taken off duty without pay.

Although some have raised concerns about how mandating COVID-19 shots will affect staffing in fields such as healthcare and public safety — including the union that represents L.A. city firefighters — many employers that have pressed forward with such requirements have ultimately reported few firings. One of the most prominent is United Airlines, which reported that more than 99% of its workers either got vaccinated or were approved for exemptions from its policy.

Many California hospitals, which faced a state order for workers to get vaccinated against COVID, also reported few holdouts when their deadline arrived this fall. Among them was Scripps Health, which operates five hospitals in San Diego and said only 0.21% of its total workforce was ultimately terminated for not complying and an additional 0.1% resigned.

Day Around the Bay: Woman Shoved In Front of NY Subway Was East Bay Native