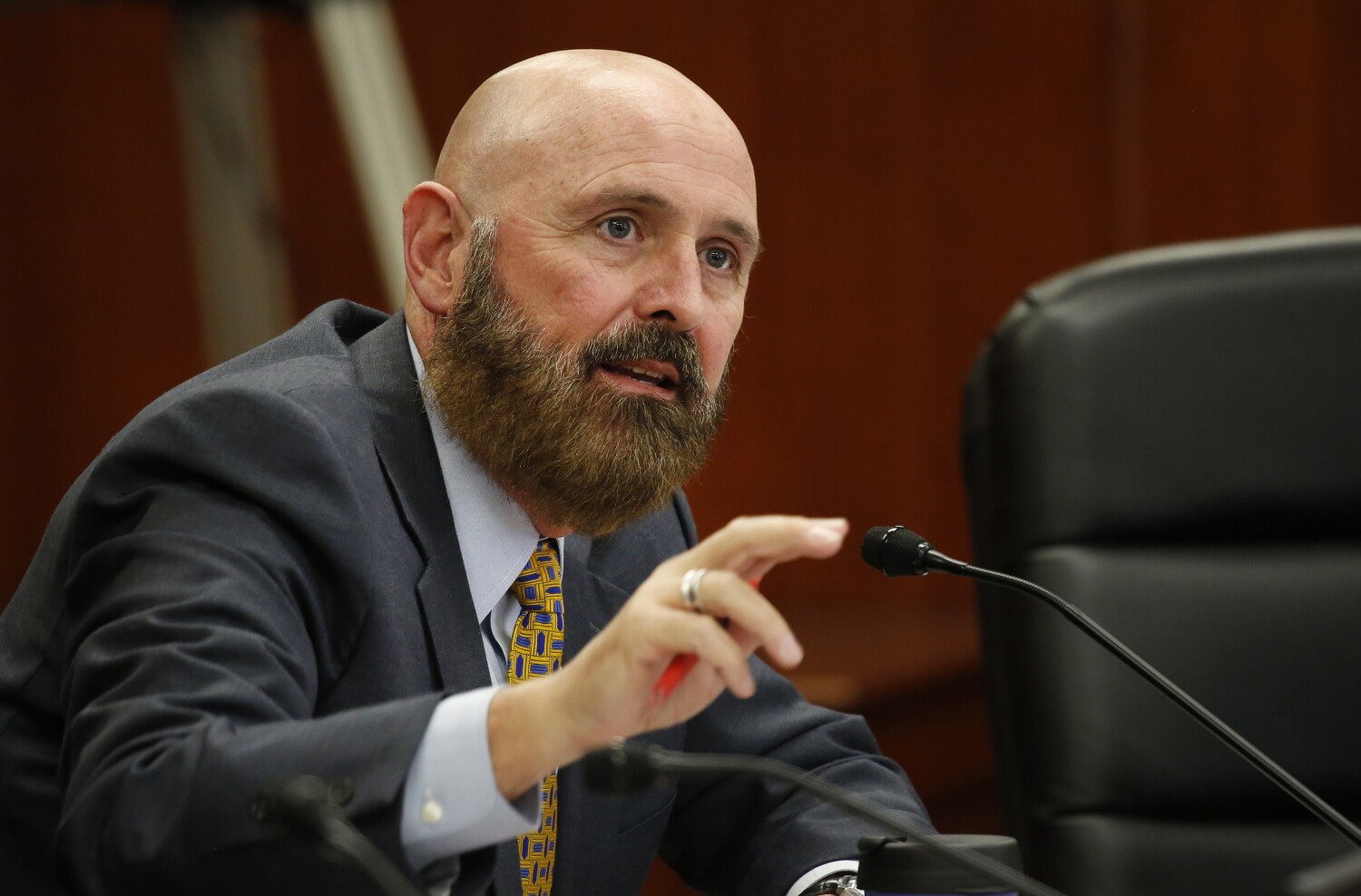 The former head of the Los Angeles Department of Water and Power has agreed to plead guilty to a bribery charge in a corruption case that involved the utility and City Atty. Mike Feuer’s office, prosecutors said Monday.

David H. Wright, 62, of Riverside accepted bribes from a lawyer in exchange for his official action for a $30-million, no-bid DWP contract, officials said. Wright also admitted in the plea agreement that he participated in several other corrupt schemes while serving as head of DWP, officials said.

Paul Paradis, the attorney whose company received the contract, agreed last week to plead guilty to one count of bribery and is cooperating with the ongoing federal criminal investigation. Paradis had begun covertly cooperating with the FBI by late March 2019, prosecutors said Monday.

The FBI raided the DWP and other city offices in July 2019, prompting Mayor Eric Garcetti to remove Wright from his job.

This is a developing story.

In an abandoned Koreatown building, homeless Angelenos create a community

Long-Awaited, Avett Brothers-Scored Musical ‘Swept Away’ Is Some Dour Stuff at Berkeley Rep

Las Vegas Lyft driver says he was attacked on the job