The Sharks, like the 49ers, could be looking for a new home after Santa Clara County banned high school, college and professional sports teams from holding practices or games due to the ongoing COVID-19 pandemic.

Stephen Curry Wants to Stay With Warriors Rest of His Career 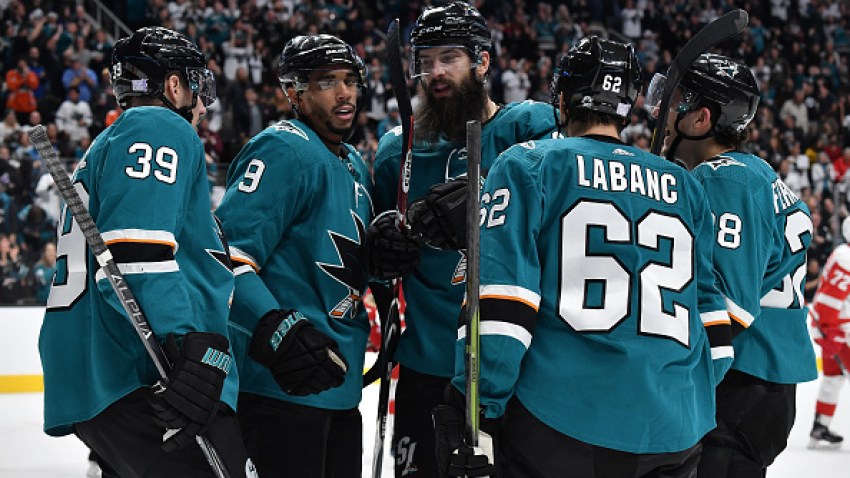 Sharks Could Start Training Camp by Dec. 28, But Not in San Jose

The NHL has yet to announce when training camp and the regular season will begin for the upcoming season. If Santa Clara County’s ban continues by the time training camp starts, there appears to be two possible homes for the Sharks: Oakland and Las Vegas.

Since the Sharks own Solar4America Ice in Fremont, the Sharks could practice there and play games at Oakland Arena, the former home of the Warriors.

“The arena is quite capable of, in terms of design, state of maintenance, and capital improvements,” Coliseum Authority executive director Henry L. Gardner told San Jose Hockey Now, “to host any kind of event that we’ve ever hosted in the past.”

Las Vegas could play host to a bubble for a number of teams. Vegas Golden Knights owner Bill Foley told the Las Vegas Sun that the goal is for training camp to begin Jan. 3, and the regular season on Jan. 13.

Foley also seems plenty confident Las Vegas could be a central hub for teams like the Sharks.

“I think T-Mobile (Arena) is safe from COVID as anywhere in the Unites States,” Foley said to the Sun. “I know that the commissioner doesn’t want everyone flying around the country to play a game of hockey.

“I’d say we’re a pretty good candidate to be a participant in that kind of hockey environment.”

The Sharks, and the rest of the NHL world, currently is waiting for answers. It seems likely the Sharks’ home early in the season will not be in San Jose. Will it be Oakland or Las Vegas?

Hopefully we find out soon.

Day Around the Bay: Shake Shack Arrives In Downtown SF Next Week

Lesly Palacio’s family to speak out about plea deal at 7 p.m. Monday

The Jerrari is half Jeep Wagoneer and half Ferrari 365 GT, and it’s for sale