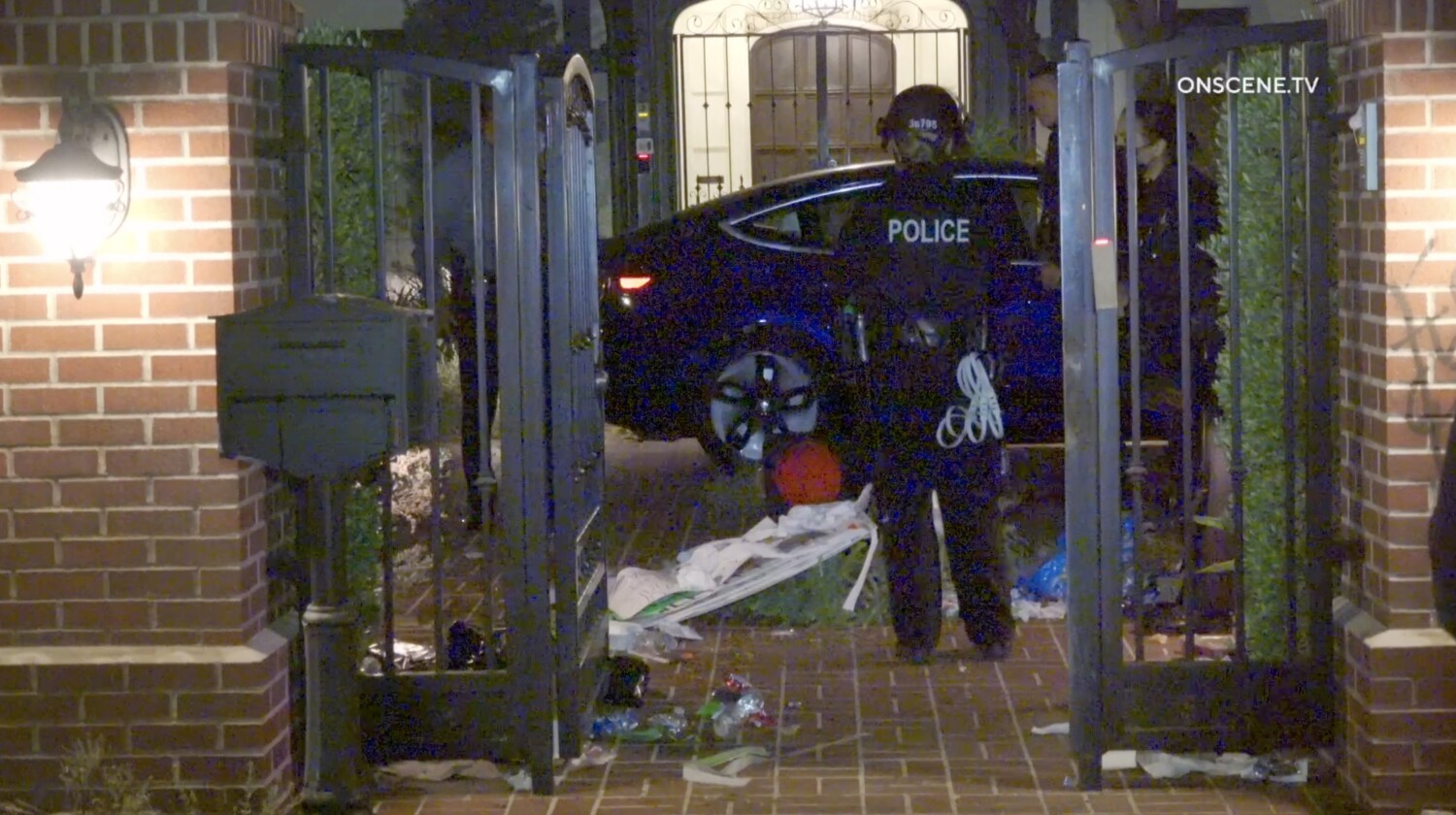 Los Angeles police responded to a report of vandalism Thursday night following a protest outside Getty House, the official residence of the mayor.

Videos posted on social media show garbage thrown on the property, toilet paper strung on the trees and fence and graffiti scrawled on the sidewalk. “Housing is a right” and “Repeal 41.18d” — a reference to a city law governing the public right of way — were written on pillars outside the home, video shows.

Earlier Thursday, a flier urged protesters to gather at the mayor’s home to protest changes to Municipal Code section 41.18 following a vote by the City Council this week to outlaw camping around parks, libraries and other facilities.

It was unclear who organized Thursday night’s protest. Critics contend that the new rules punish people who live on the streets.

LAPD public information officer Jeff Lee told The Times that officers took a vandalism report around 11:45 p.m. in the 600 block of South Irving Boulevard. No other information was available, he said. Alex Comisar, a spokesman for Mayor Eric Garcetti, referred questions to the LAPD.

The graffiti had been removed or painted over by midday Friday. The toilet paper was gone, aside from a small piece hanging from a tree in front of the house.

Activists upset about City Hall’s policies toward homeless individuals, renters and others have regularly targeted politicians at their homes over the last year.

Acts of vandalism have also occurred.

The Sun Valley home of City Council President Nury Martinez was targeted in June. Security video shows a person pouring a liquid over Martinez’s car and another writing the phrase “end the sweeps” on her driveway, a reference to the city sweeps of homeless encampments that require people to remove their tents.

Average age of Californians dying of COVID getting younger

Brittany’s Baskets of Hope offers support, congratulations to families of babies with Down syndrome

Podcast: She was the Rosa Parks of the 1800s