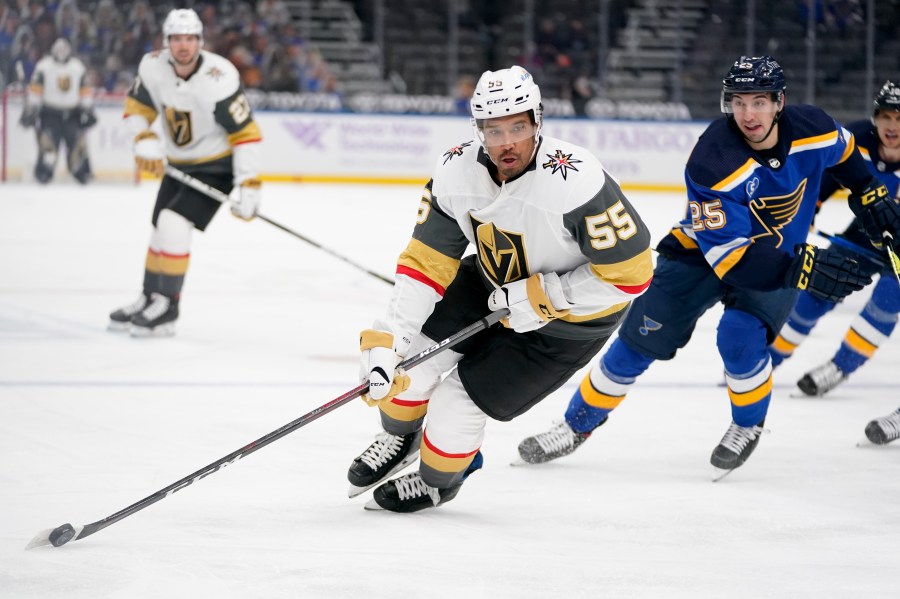 LAS VEGAS (KLAS)– Vegas Golden Knights announced on Friday that the team has agreed to terms with forward, Keegan Kolesar, on a three-year contract.

Vegas Golden Knights General Manager, Kelly McCrimmon, announced on Friday that the team has agreed on a three-year contract worth an average annual value of $1.4 million for Kolesar.

During the 2021-2022 campaign, Kolesar recorded career-highs in his 77 games played with seven goals,17 assists, and 24 points. His 246 hits throughout the season were also a career-best and ranked 10th among all skaters in the NHL.

The Manitoba native has skated in a total of 122 games across his three years in the League, all of those with VGK. Before his time with the VGK, the forward spent parts of three seasons in the AHL with the Chicago Wolves. Kolesar also played 243 games with the Seattle Thunderbirds and won the Ed Chynoweth Cup following the 2016-2017 postseason.