The stablecoin, Circle USDC, has reported that it will be adding five new blockchains to its support network. Circle Internet Financial has taken the step to become a better multichain ecosystem. It plans to expand support to the Polkadot, Cosmos, Optimism, NEAR, and Arbitrum One networks. 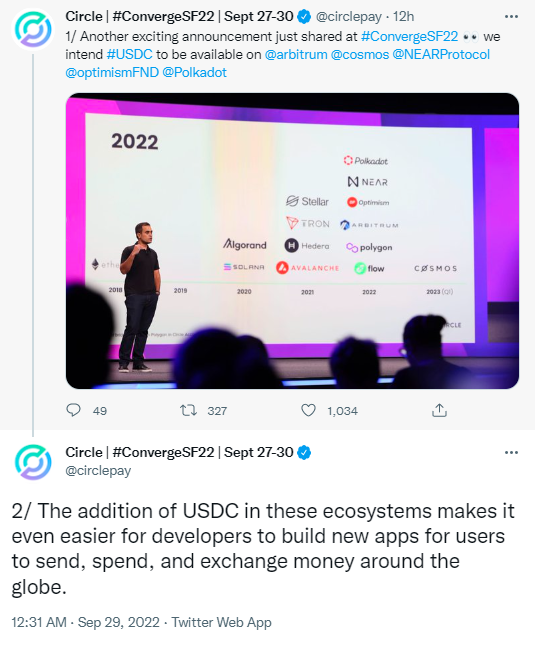 Product VP on the multichain expansion

At the event, the Vice President of stablecoin issuer’s Product, Joao Reginatto, shared his thoughts on the multichain expansion. He mentioned that Circle’s USDC support for numerous blockchains will allow “greater liquidity and interoperability within the crypto economy.”

Moreover, he also announced that Circle’s USDC will now be available on thirteen blockchains with the addition of new blockchains to come. Previously, it only supported eight networks.

Circle’s Product VP was also optimistic that the expansion might lead to more innovation. Also, he said that the exchanges, developers, and other institutions will enjoy “easier access to a trusted and stable digital dollar.”

Circle Internet Financial is one of them that offers stablecoins pegged with USD and EURO. It competes with other industry giants like Tether. The company is looking to capitalise on its market share by extending its multichain support.