Justin Sun, in a tweet posted on 25 November, announced that TRON [TRX] will collaborate with BNB soon. In lieu of this, TRON’s social mentions witnessed a massive uptick.

I fully support @BNBCHAIN ecosystem and #BUSD. Actually, we will have a big partnership announcing soon. ❤️

According to data provided by LunarCrush, a social analytics website, TRON’s social mentions increased by 68.8% over the past week. However, despite the spike in social mentions, the weighted sentiment around the blockchain remained negative.

As can be seen from the image below, over the last week, the weighted sentiment for TRON was mostly negative. This indicated that despite Justin Sun’s efforts, the crypto community still had a negative outlook towards TRX.

This negative sentiment could have been brought on by the recent technical issues faced by TRON in the last few days.

Despite the negative sentiment, TRON‘s stakers continued to show their faith in TRX, as can be seen by the image below. According to data from Staking Rewards, the number of stakers on the TRON network grew by 5.2% over the last month. At the time of writing, the total number of stakers stood at 321,331. 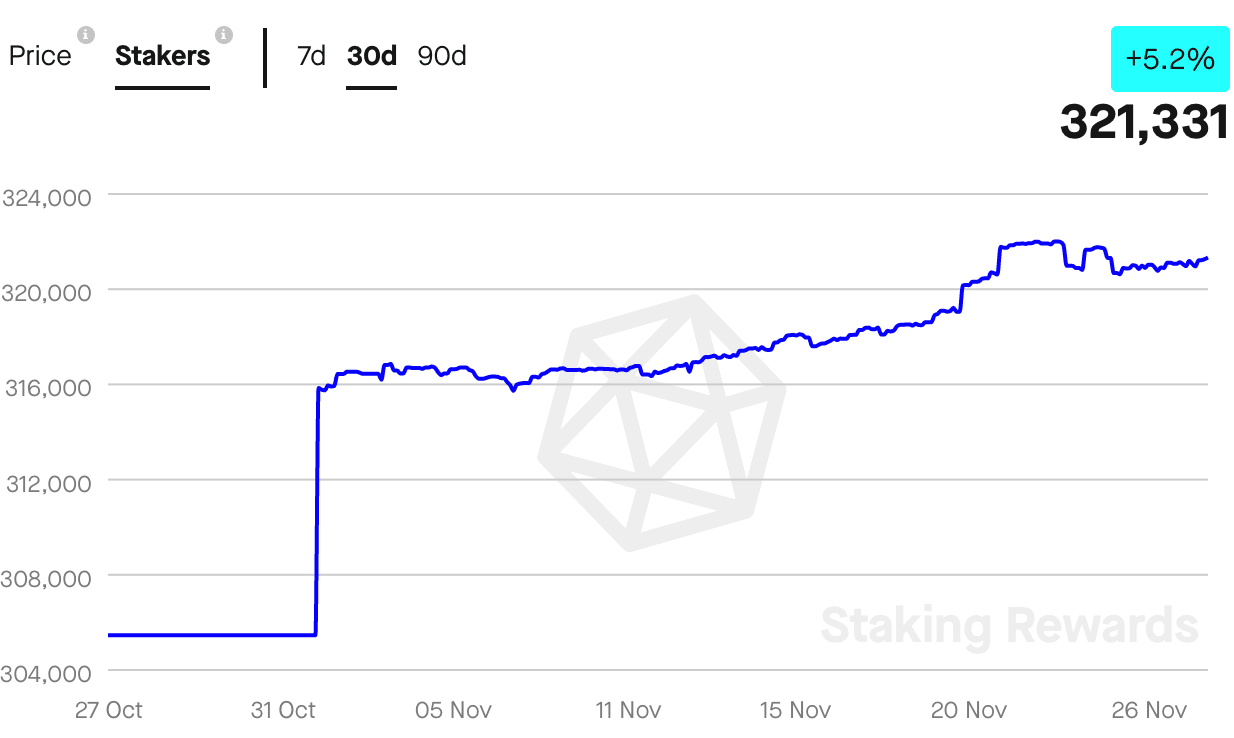 State of dApps on TRON

However, TRON’s dApps did not perform well in this bear market. The number of active users on SunSwap, a popular dApp on the TRON network, depreciated by 9.35% over the last month.

Other dApps, such as JustLend and TransitSwap, faced similar issues as well, as the number of unique active wallets fell for these dApps too. Moreover, TRON’s volatility increased by a huge margin as well.

Despite the negative factors, TRON’s market cap dominance grew. According to Messari’s data, TRX’s market cap appreciated by 4.00% in the last seven days, despite a declining price. At press time, TRON had captured 0.56% of the overall crypto market.

At the time of writing, TRON was trading at $0.053. Its price had appreciated by 0.82% in the last 24 hours, according to CoinMarketCap.