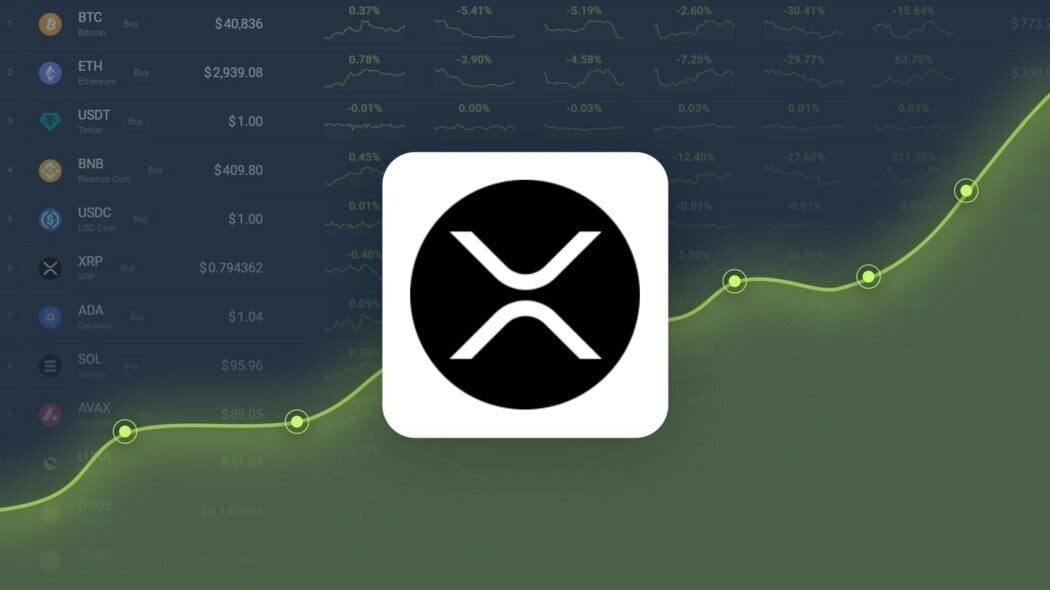 The price of XRP has seen a massive move to the top following the recent development in Ripple Labs (the company behind the XRP network) lawsuit with the Securities and Exchange Commission (SEC). The legal battle, started by the SEC in late 2020, is centered around the SEC’s claim that XRP is a security, and should be regulated as such.

On September 17, both parties involved in the case filed a motion, calling for the federal judge to reach a verdict on the case as soon as possible. Both the Ripple team and many in the crypto community believe that Ripple can expect a favorable outcome, which is more than likely the reason behind XRP’s recent surge.

The price of the XRP token increased from $0.325 to above $0.550 in the span of the last seven days. XRP has bounced back from its multi-month high reached earlier today, and is trading around the $0.500 level at press time – good for more than a +55% weekly change.

Ripple vs SEC: Multi-year back-and-forth over what constitutes a security offering

Ripple and the SEC have been embroiled in a high-profile court proceeding ever since the US financial regulator accused Ripple cofounder Cristian Larsen and CEO Bradley Garlinghouse of selling $1.3 billion worth of XRP in December 2020. The billion-dollar sale, the SEC believes, was a breach of the country’s securities regulations, and Ripple executives should thus be reprimanded for the sale of unregistered securities.

On the other hand, Ripple and their legal team, argue that XRP should not be considered a security, primarily because it is highly decentralized, and that there was no investment contract between Ripple and XRP token owners. As such, XRP shouldn’t fit the criteria of what constitutes a security, outlined in the Howey Test.

In light of the evidence provided by both parties involved in the case, Ripple’s general counsel Stuart Alderoty noted earlier this week that the SEC could not find legal ground to classify XRP as a security.

My hot take – after two years of litigation, the SEC is unable to identify any contract for investment (that’s what the statute requires); and cannot satisfy a single prong of the Supreme Court’s Howey test. Everything else is just noise.

Another important piece of information regarding the Ripple versus SEC case, is the fact that the regulator’s former official William Hinman noted in his 2018 speech how “sufficient decentralization” should prevent a digital asset from being classified as a “security offering”. While his line of reasoning was applied at the time to Bitcoin and Ethereum, the Ripple legal counsel argues that XRP should be subjected to the same set of criteria.

With the motions filed by Ripple and the SEC last Saturday, both parties agreed that the federal judge overseeing the case should reach its conclusion on the ground of currently presented evidence and arguments from both sides. This means that no jury will be involved, and the judge will have complete authority over the verdict, which could set a precedent for other similar cases in the future.

The Chamber of Digital Commerce (CDC), a US blockchain technology advocacy group, recently published its stance on the matter, saying that the “SEC v. Ripple [case] represents an opportunity for the court to shape the legal framework and rules of the road for the digital assets industry.” Interestingly, the advocacy group refrained from sharing its position on whether or not XRP should be regulated as a security.

It is worth noting that on Thursday, the CDC was granted “the friend of the court” status, and will be able to provide their expertise and insight on the matter in the SEC vs Ripple legal proceedings.

UPDATE: @SECGov v. @Ripple – Today the court approved our motion and shortly thereafter, @digitalchamber filed its brief with the court. It is the same brief that was attached as an exhibit to the motion filed last week. Thank you to @LilyaTessler & @SidleyLaw! #CryptoConundrum

Speaking at Paris Blockchain Week earlier this year about what an unfavorable outcome of the Ripple case could bring, Garlinghouse said, “If you determine XRP as a security of Ripple, we have to know every person that owns XRP.” He added that knowing all of Ripple’s shareholders is SEC’s requirement and concluded by saying: “That’s not possible.”

The outcome of the legal battle could have far-reaching implications for the crypto space. The SEC has been investigating other crypto projects, most notably Binance’s BNB, trying to find out whether US securities laws were violated in various initial coin offerings (ICOs).

It is expected that the judge will reach its verdict in December 2022, or early 2023. Whatever the final decision will be, it seems that a legal precedent that will be applied in other similar cases will be created. In the meantime, the price of XRP could experience more volatility – our automatic XRP price predictions algorithm forecasts considerable up-and-down movement is in the cards for XRP in the upcoming months.