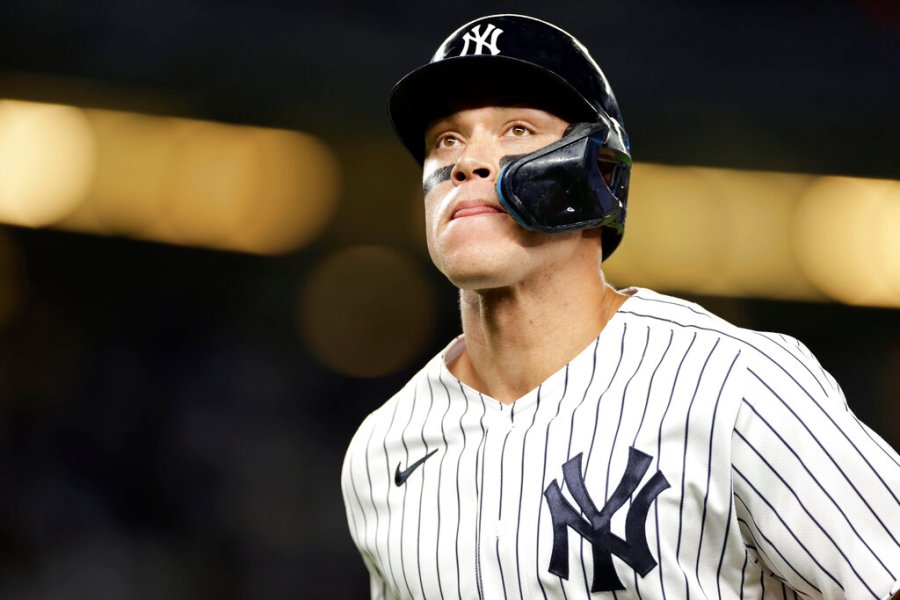 The New York Yankees star is one home run away from tying Roger Maris’ 1961 record of 61 home runs hit in a single season.

Judge went hitless in the Yankees’ playoff-clinching win against the Boston Red Sox Thursday night. He will chase history again Friday night when the two rivals face off in the Bronx. But you won’t be able to find the game on the usual TV channels.

Here’s how to watch the Yankees-Red Sox game Friday night.

What time is the Yankees game tonight?

How can I watch the Yankees game?

The game is airing exclusively on the streaming service, Apple TV+. You can watch “Friday Night Baseball” on the Apple TV+ app on Apple devices, smart TVs, gaming consoles and more.

Why isn’t the Yankees game on Broadcast TV?

Major League Baseball and Apple made a deal before the season giving Apple TV+ exclusive rights to stream some games on Friday nights.

Does Apple TV+ have a free subscription window?

Yes, Apple TV+ offers a free seven-day trial. However, the Yankees-Red Sox game Friday night can be watched for free on Apple TV+ with an Apple ID. No payment information or Apple TV+ subscription is required to watch, according to Major League Baseball.

More information on how to watch the game can be found on MLB.com or from Apple Support.

How can I watch Saturday’s Yankees game?

The Yankees and Red Sox play at 1:05 p.m. Saturday. The game will air on YES Network and MLB Network (out-of-market only).