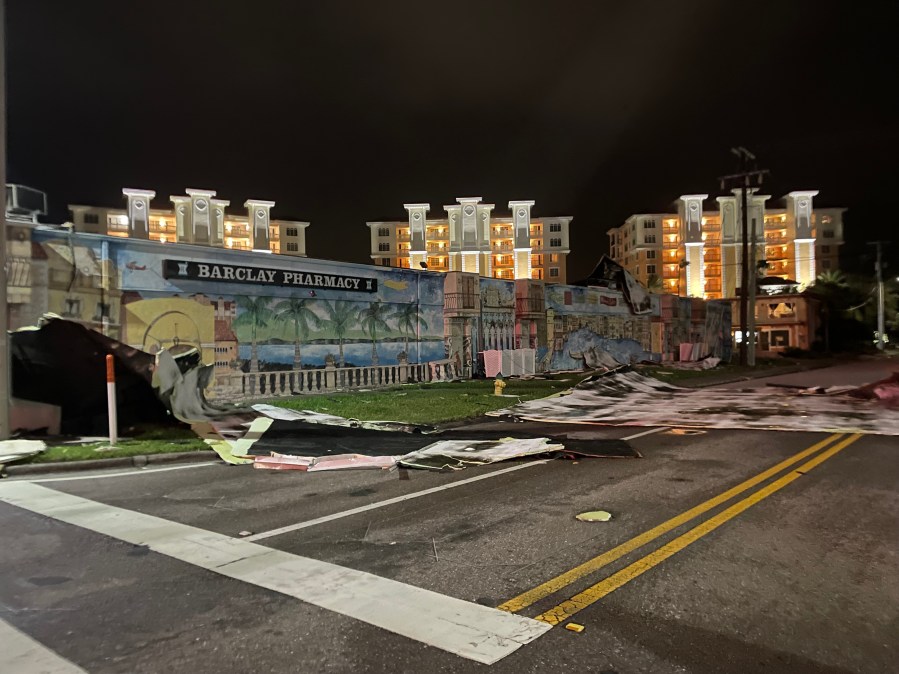 TAMPA, Fla. (WFLA) — Authorities throughout southwest Florida will hit the road on Thursday in communities battered by the massive Hurricane Ian to assess damage, clear debris and respond to calls for help as millions of Floridians remain sheltered in place.

Ian, now weakened to a tropical storm, made landfall near Cayo Costa, Florida, on Wednesday afternoon, bringing powerful Category 4 hurricane-strength winds, rain, and surge to the doorsteps of millions. Many coastal communities remained under several inches of floodwater on Thursday and an estimated 2.5 million people were left without electricity.

“The impacts of this storm are historic and the damage that was done has been historic,” Gov. Ron DeSantis said in a press briefing on Thursday morning.

The governor said teams were deployed throughout the region Thursday morning to begin rescue efforts. No official death toll was stated during the briefing, but the governor did clarify a comment made by the Lee County sheriff, who said there were likely hundreds of fatalities.

“None of that is confirmed. I think what that is, is there were 911 calls for people saying, ‘Hey, the water is rising in my home, I’m going to go up in the attic but I’m really worried,’” DeSantis said. “Of course, those folks are now going to be checked on and I think you’ll have more clarity about that in the next day or so as they’re able to go to those locations to determine whether people need services or able to be rescued.”

The governor said there are two “unconfirmed” fatalities, meaning authorities don’t know if the deaths are linked to the storm.

“Our assumption is it likely is, and so basically, FDLE [Florida Department of Law Enforcement] will make that assessment and then that will be reported,” he said.


How to reach loved ones impacted by Hurricane Ian

Authorities confirmed at least one death, a 72-year-old man was found dead early Thursday in water in a canal behind his home in Deltona near Daytona Beach. The Volusia County Sheriff’s Office said he appeared to be using a hose to drain his pool into the wide canal and fell down an incline that was “extremely soft and slippery due to the heavy rain.”

Authorities are urging people in areas hit by the storm to avoid going outside for now until crews can assess the damage.

“Please do not rush outside and think you can travel the roads,” said Andy Fossa, director of Pasco County Emergency Management. “There is going to be debris, downed powerlines and structural damage to some structures.”

Fossa said if residents must go outside, they are urged to use extreme caution before venturing out.

“A lot of injuries and fatalities happen post-storm because of these kinds of actions,” Fossa added.

The Associated Press contributed to this report.