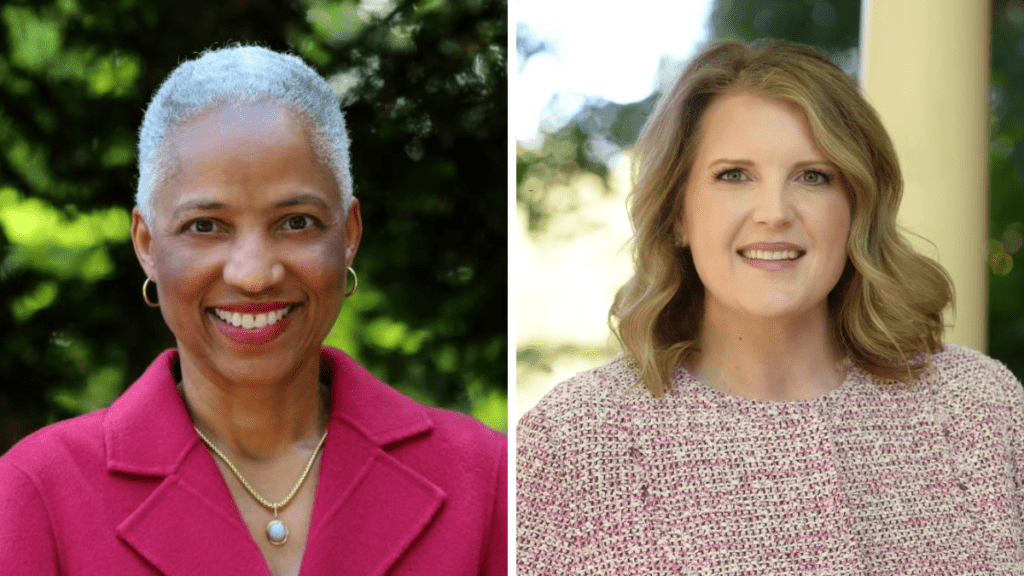 In the race for state auditor, Delawareans have two choices: Democrat Lydia York, a career accountant and attorney, and Republican Janice Lorrah, an attorney who rose to prominence by suing Delaware’s governor over his COVID-era school mask mandate.

Both say they’re running to restore integrity to the Office of the Auditor — a position that traditionally doesn’t get much attention, but in recent years, has become a focal point in Delaware politics.

The general election will be held Tuesday, Nov. 8. For a list of candidates running for other positions, click here.

Incumbent state Auditor Kathy McGuiness, who York handily defeated in a stunning primary election, was convicted in July on two corruption charges — a story that kept Delaware’s political reporters busy for the better part of a year.

But the spotlight on McGuiness didn’t begin with her legal woes. When she ran for the position, one of her key priorities was increasing awareness of the office and all it’s tasked to do.

She achieved that goal, albeit in a way she probably didn’t intend. York and Lorrah are less interested in the spotlight, they said. 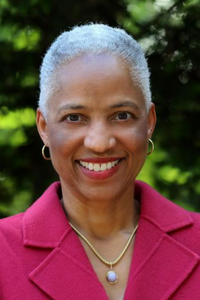 Lydia York, the Democratic candidate for Auditor of Accounts.

York said the biggest takeaway from her primary victory is that “Democrats do well when we have choices.”

She never considered running for statewide office before. At a point, she thought about trying for a seat on her local school board, but ultimately decided against it because she wanted to dedicate her time to caring for her aging mother, who passed away in 2020.

“That’s how I could always say ‘no’ to almost everything, but this time I was asked to do something that was both big, and I had no other inhibitions,” York said. “So I thought about it, and I said, okay, well this would be a good time for me to step out and offer Democrats a choice.”

Lorrah’s campaign is different in that she didn’t have a primary opponent. It’s similar, though, in that she never thought she’d be running for high office before, either.

It was only when she sued Gov. John Carney’s administration that she became interested in a political career.

“At the time, my daughter was six years old and she was in first grade. She had never known school without the COVID restrictions,” Lorrah said. “I was trying to find a way to help her and I decided I had to do something to get our schools back on track.”

It was during the Chancery Court hearing on Lorrah’s lawsuit that Carney announced the mandate would be lifted, rendering the suit moot. But for Lorrah, the matter opened her eyes to the importance of checks and balances in government, she said. 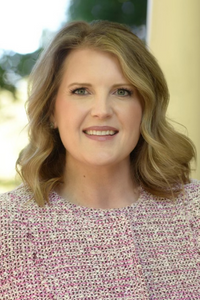 Janice Lorrah, the Republican candidate for Auditor of Accounts.

“Delaware has been a one-party state for such a long time, so those safeguards really do not exist,” she said. “That’s why I’m running — to be a check on Delaware’s government and a watchdog for the taxpayers of Delaware.”

York, a daughter of two educators, was born in North Carolina and moved to Pittsburgh, Pennsylvania at the age of six. She attended Pittsburgh public schools before enrolling at Florida A&M University, where she studied accounting.

She later enrolled in the Wharton School of the University of Pennsylvania, where she earned an MBA with a concentration in finance.

After moving to Delaware for work, she decided to pursue her lifelong goal of becoming an attorney. She attended Temple University’s School of Law, where she earned her law degree as well as a master of laws with a concentration in finance.

Lorrah grew up in Montgomery County, Pennsylvania. Like York, her mother was a teacher.

She earned her bachelor’s degree in journalism at The College of New Jersey and her law degree from Rutgers Law School in Camden, New Jersey. She holds a certification in forensic accounting.

A common theme of McGuiness’ tenure as auditor was that she took over the office after 30 years of it being held by one man, Tom Wagner.

Because she sought to change the way the office operated and the way the public perceived the office, she ruffled some feathers, and that’s why other elected officials didn’t get along with her, the story goes.

York and Lorrah both said they’ll strive to get along with other elected officials, but ultimately, they’ll maintain the independence of the office.

“What I’ve been running on, what I’ve been telling people and what I sincerely intend to do, is to have this office live into its statutory intention as laid out in the code,” York said. “If that qualifies as ruffling feathers, then that’s something I’m prepared to do because that’s something I have to do. The code doesn’t give me alternatives to that.”

While the office is highly technical, York said there’s a reason it’s an elected position.

“It’s because all the problems that one encounters are not going to be technical in nature,” she said. “There will be occasional political problems, and when you run into a political problem, even the most brilliant technocrat will have used up all the tools in their toolbox.”

That’s when it’s most important, York said, to have an auditor who will “lean back on the statute.”

Lorrah said it’s important that the office remains as independent and nonpartisan as possible.

“The auditor is like an umpire in baseball. You’re going to call balls and strikes no matter which team is up to the plate,” Lorrah said. “You really need somebody who knows the rules, who is fair, and who has a backbone.”

While her party affiliation wouldn’t play a big role in the way she runs her office, Lorrah said there’s an advantage to having a Republican auditor when the rest of the statewide-elected positions are held by Democrats.

“If you’re in a state where it’s completely run by one party, and that party chooses its person for the position, you have a situation where the fox is guarding the henhouse,” Lorrah said. “I just think you need to have some sense of balance.”

Lorrah’s a Republican because she’s a fiscal conservative, she said.

Neither York nor Lorrah has sought political office before. Both said entering the public realm has been challenging.

“The biggest challenge was to sort of get outside my wheelhouse,” York said.

“But I truly am having a great time campaigning,” she said. “I love going out and meeting different people and I love learning about all the things that matter to Delawareans.”

Lorrah wasn’t so quick to answer the same question.

“I am focused right now on Nov. 8 and on doing the best I can for this race and getting my message out about how I’m going to be a fighter for the taxpayers’ dollars,” Lorrah said. “I can’t even think beyond the end of November.”

That wasn’t the only question York answered unequivocally.

Asked whether she would accept the results of the election, York said, “Without hesitation.”

Lorrah said she will have to wait and see, but if she loses fair and square, she won’t contest it.

“I will say this about anything,” she said. “If I lose fair and square with whatever it is, whether it’s playing UNO with my daughter or playing tennis with a friend, I will shake your hand and accept it.”

Charlie Megginson covers government and politics for Delaware LIVE News. Reach him at (302) 344-8293 or [email protected] Follow him on Twitter @cmegginson4.