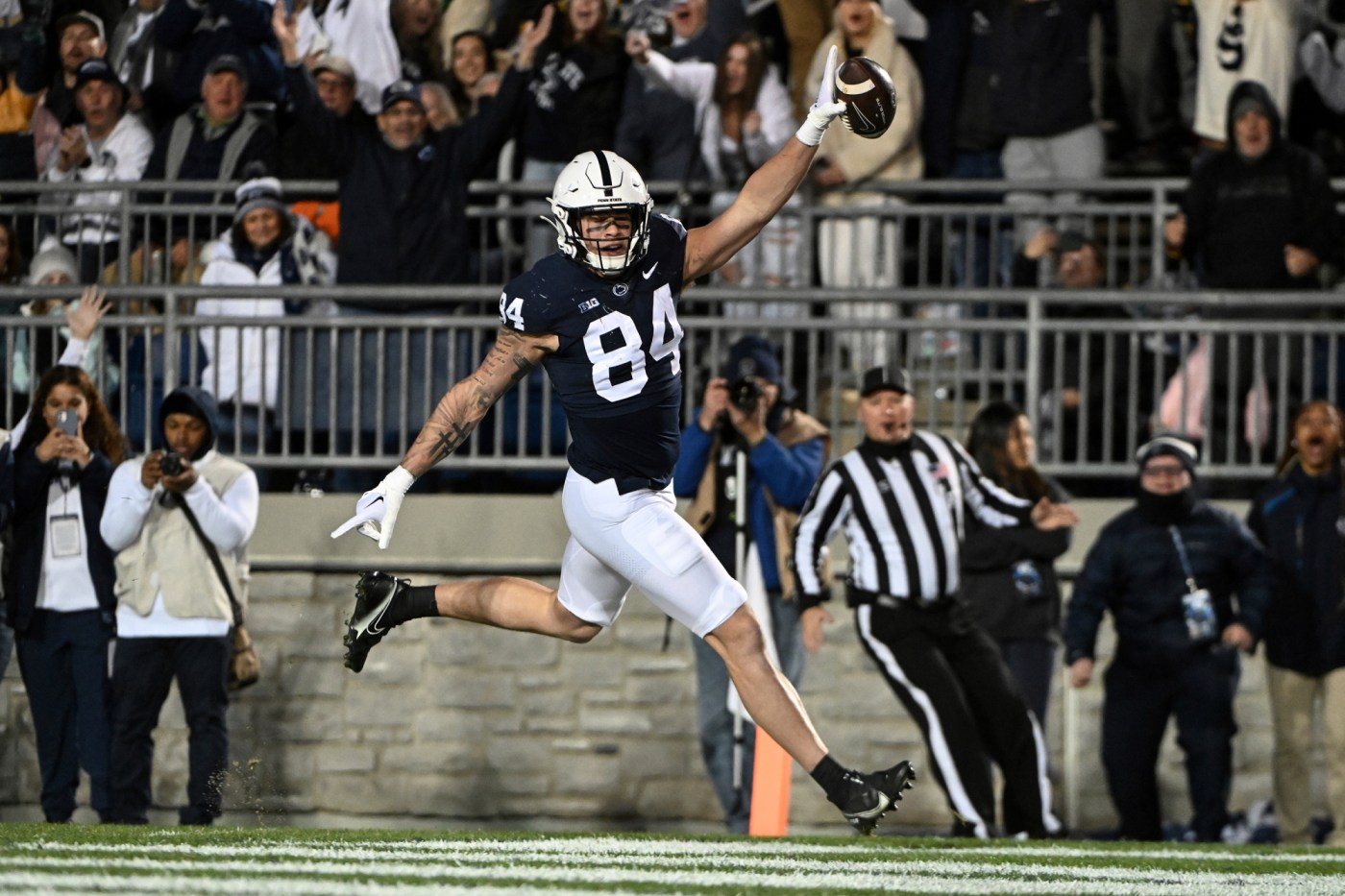 Penn State responded with an 11-play, 75-yard drive, which ended with Sean Clifford’s 12-yard pass to running back Nick Singleton and which took more than 6.5 minutes off the clock.

Less than a minute later, Kalen King intercepted Thorne’s pass at the Spartans’ 35. On the next play, Clifford found KeAndre Lambert-Smith for a touchdown with 3:56 to go.

The Lions posted their first 10-win season in three years and their fourth in seven years, accomplishing that for the first time since 1993-99. They also strengthened their case for a New Year’s Six bowl berth and regained the Land Grant Trophy.

Clifford completed 19-of-23 passes for 202 yards and four touchdowns in his final home game.

Lambert-Smith caught five passes for 83 yards and one touchdown and threw a scoring pass to tight end Theo Johnson in the second quarter.

Penn State built a 14-3 halftime lead that could have been larger if not for Jake Pinegar’s two missed field goals from 38 and 27 yards.

After Pinegar missed a field goal for the second time, Michigan State drove from its 20 in the final 90 seconds of the half to the Penn State 34. From there, freshman Jack Stone drilled a 51-yard field goal as time expired to make it 14-3 at the half.

The Lions dominated the half, outgaining the Spartans 245-128 and holding them to 8 rushing yards. But they were unable to put them away.