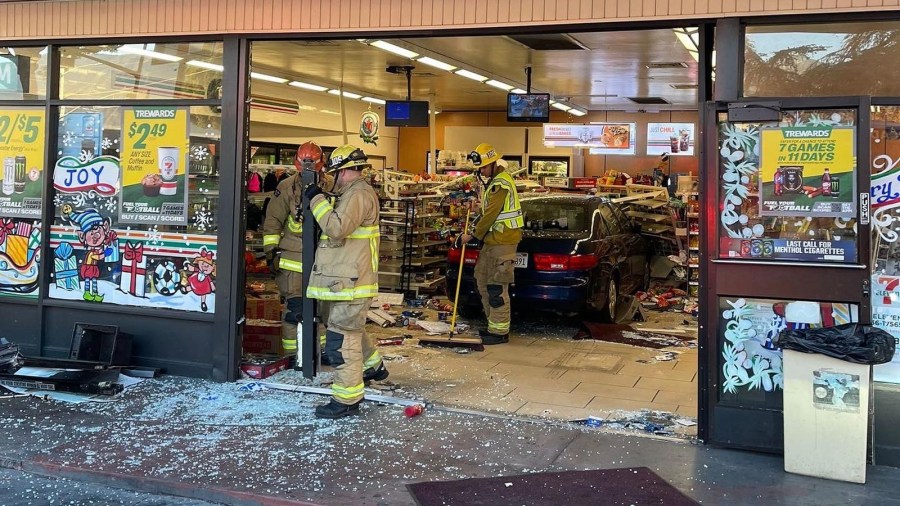 The driver of a vehicle that crashed through an Arcadia 7-Eleven Thursday morning has been arrested and faces possible charges for attempted murder after police determined he drove through the store on purpose.

Officers from the Arcadia Police Department responded to the convenience store on the 1000 block of South Baldwin Avenue around 7 a.m. Thursday, after receiving reports of a customer causing a disturbance inside the business.

When police arrived on scene, they found the suspect’s dark blue sedan that had crashed through the doors and came to a stop after colliding with several displays.

The man apparently tried to flee, but was detained by store employees and customers until police arrived.

After interviewing witnesses, officers determined that the suspect, identified only as a man from Monrovia, had entered the store and began throwing merchandise at employees.

After being asked to leave, he left the store, got into his vehicle and then intentionally drove through the front doors of the business, accelerating toward customers and employees inside.

No injuries were reported, according to the Arcadia Fire Department.

The man was arrested and transported to the Arcadia Police Department to face possible charges for attempted murder. He’s currently being held on $2 million bail.

The investigation is ongoing and anyone with information is asked to contact the Arcadia Police Department at 626-574-5151.