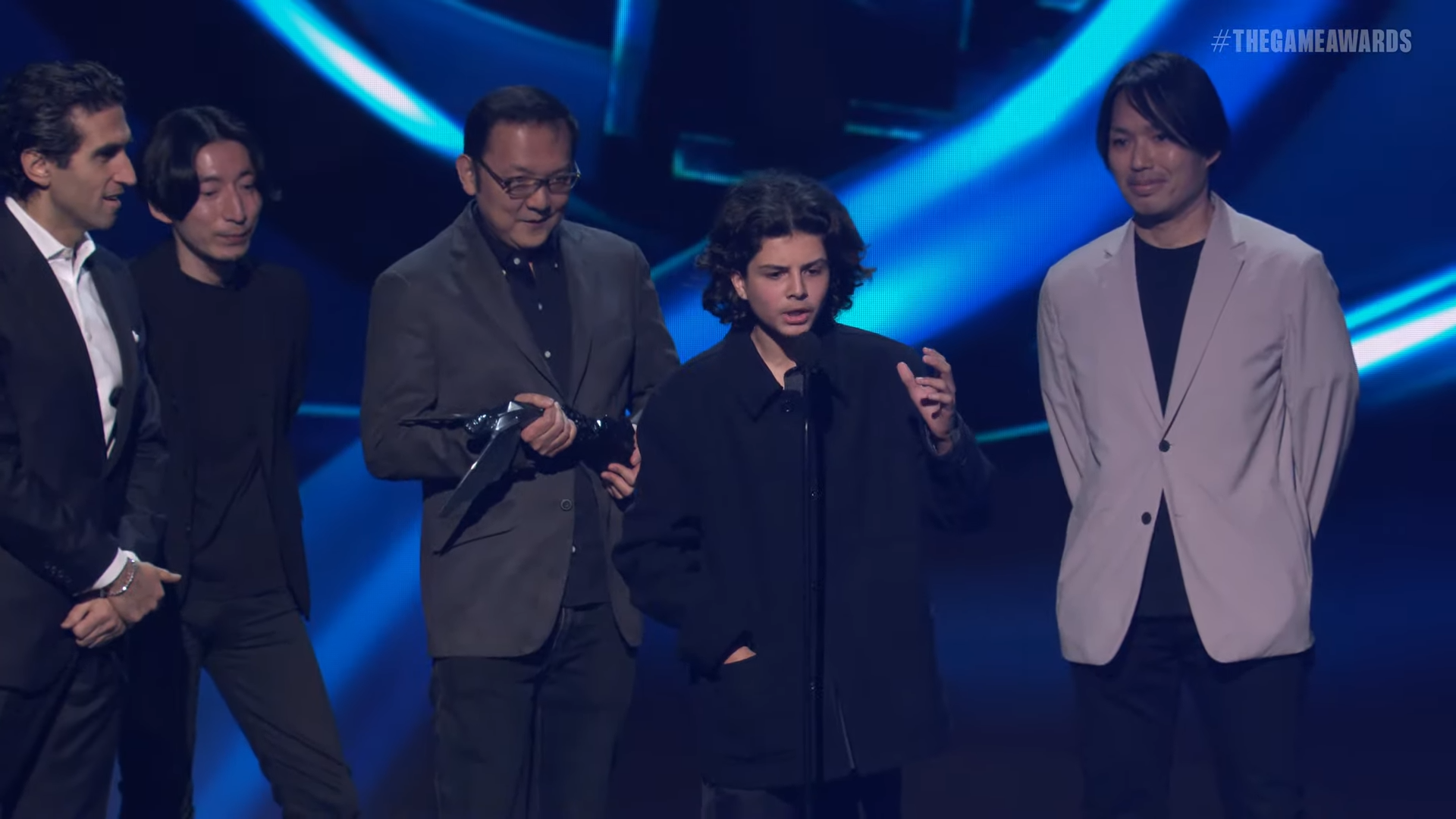 As a handful of Elden Ring developers stood on stage to accept the award for Game of the Year, they didn’t realize an invader was standing right behind them.

The show’s ultimate award was handed out in the final minutes of the show, and for a while it was another utterly normal and sincere acceptance speech, the kind we’ve listened to for many years. Elden Ring game director Hidetaka Miyazaki, speaking through a translator, thanked supporters of the game and gave gratitude to his fellow developers. He let players know that more Elden Ring, presumably as DLC, is on the way. “We still have several things we want to do, so getting this GOTY award really encourages us.”

As a music cue was about to pass the mic back to Keighley for a sendoff, a young man broke through the line of From Software developers to speak directly into the microphone: “Real quick I want to thank everybody and say that I think I want to nominate this award to my reformed orthodox rabbi Bill Clinton. Thank you everybody.”

The words stunned the audience and those left on stage as they struggled to process what they had just heard.

It’s not unusual for other figures in awards shows to try to get a final thank-you in before they’re ushered off stage, and the young figure was dressed formally enough to disguise himself in the huddle of From Software developers, who were understandably so focused on the moment that they didn’t look behind them.

The ambusher’s statement lasted just 13 seconds—not enough time for Geoff Keighley or those directing the show to intervene. The words seemed to startle From Software’s translator on stage first, but the show’s director and camera operators were similarly confused, pulling away to a wide shot after Miyazaki’s acceptance before cutting back to a closeup of the young man making his statement. Some confused applause followed.

The person was escorted off stage alongside the From Software devs. Minutes after the show’s conclusion, host Geoff Keighley stated on Twitter that “The individual who interrupted our Game of the Year moment has been arrested.”

How did this kid even get on stage? Rolling back the tape, it looks like he joined Miyazaki’s posse during their walk to the stage (keep looking right until you see him).

Viewers were understandably baffled by the interloper’s reference to “reformed orthodox rabbi Bill Clinton,” and the moment was followed by a stream of tweets from viewers wondering if they’d heard the phrase correctly. It’s not clear whether the remark was simply meant to be weird and memorable, or if it referred to some inside joke or antisemetic conspiracy theory, or all of the above.

The stunt was apparently premeditated, including the phrase spoken. One Twitter user posted Discord chat logs which appear to show a server reacting to the prank before the individual took the mic. “He’s gonna shout out his rabbi when they’re done,” one user wrote.

The ambush made for a jarring ending to an otherwise pleasant and announcement-packed three hours. Here’s everything that was revealed at The Game Awards.