Saturnalia is an upcoming indie survival horror with one of the most interesting visual styles I’ve seen in the genre in a minute.

Developed by Italy-based studio Santa Ragione, Saturnalia is influenced heavily by the folklore of Sardinia, Italy, and inspired by Italian Giallo horror films (typically more horror-esque mystery thrillers). In it, you control four different characters, all connected through a mysterious storyline that ties back to the “haunting traditions” of an ancient village. 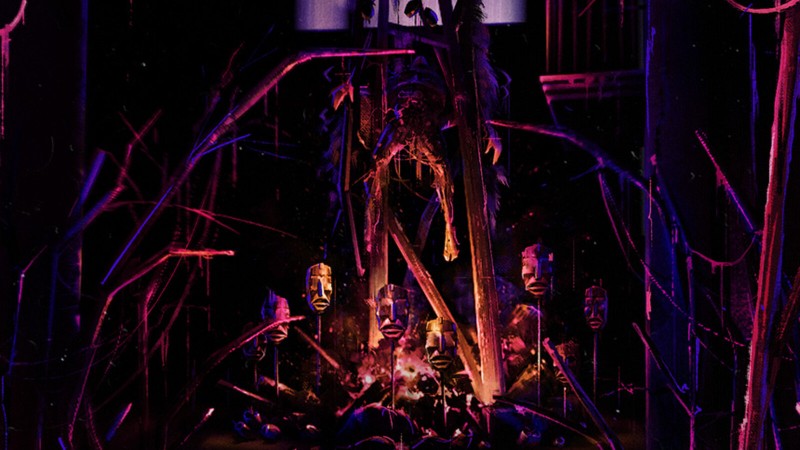 “The village itself is an elaborate maze with no two iterations being precisely the same – you will have to explore and solve mysteries of the game largely unguided,” the game’s website reads. “Die, and watch the village reconfigure itself into a new form. Solve puzzles and open shortcuts to new areas with tools and items you find along the way, unlocking every piece of the story with different characters, each suited for another aspect of exploration and investigation.”

All of that sounds great, but Saturnalia’s unique art style makes me most excited. It’s like a mix of stop-motion and sketchbook, which looks like it’ll lend itself nicely to the game’s horror elements. Check it out for yourself below:

Santa Ragione is the studio behind games like Fotonica, MirrorMoon EP, and Wheels of Aurelia. Saturnalia does not yet a launch date, but it will hit PC exclusively via the Epic Games Store sometime in 2022. The studio is planning to launch the game on other platforms, but the timing on that remains TBA.

What do you think of Saturnalia? Let us know in the comments below!