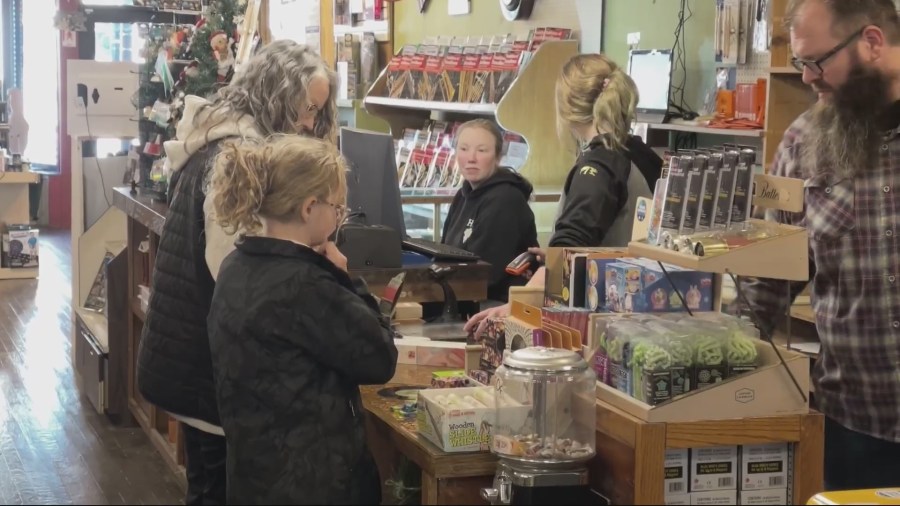 NEWTON, Iowa — In Newton this year the Downtown Business Alliance launched a new effort to attract people with the Christmas season in mind. Instead of Black Friday the city celebrated Plaid Friday.

Some merchants were offering discounts to any shoppers wearing plaid.

“I think it’s a great way to get people downtown and support the community and I think it’s kind of fun just to where your plaid,” said Kaylie Hills, of Newton.

The idea was hatched by the American Independent Business Alliance.

“So the idea behind plaid Friday is that small independent business owners are woven within their communities,” said Vicki Wade, head of the Downtown Business Alliance. “They are very giving to organizations, nonprofits, athletic organizations, community school districts, so they’re very woven within a community.”

“Everybody knows Black Friday, plaid works for me,” said  Dan Nieland of Nostalgia Wind and  Spirits. “I enjoy wearing plaid it’s kind of cool to see people up and down the street kind of embracing the whole concept.”

Plaid Friday ran during the daytime shopping hours in Newton. At 6 p.m. the community held a lighting ceremony for Christmas lights on the Jasper County Courthouse.