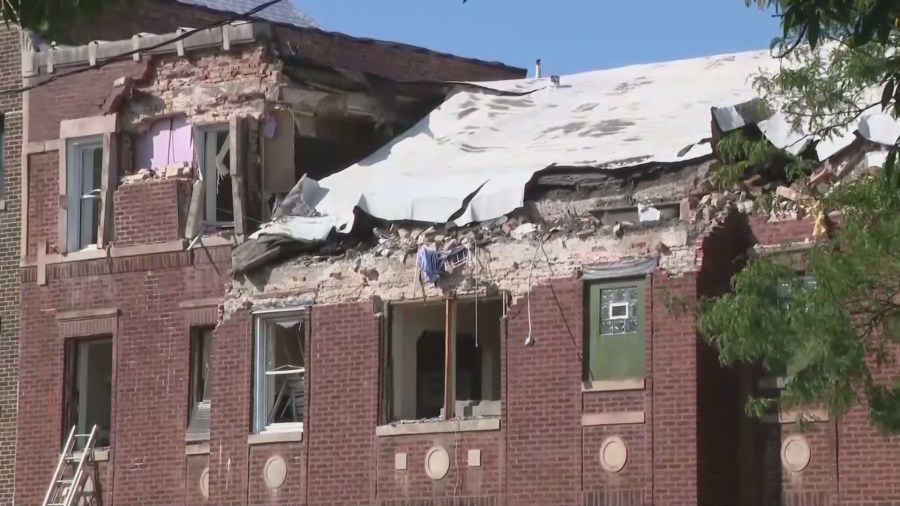 CHICAGO — One of eight people who was hospitalized after an apartment building exploded in the Austin neighborhood has died.

The Chicago Fire Department on Friday said the “most seriously injured person” from the West Side explosion died from his injuries. The man, identified as Shabron Robinson, 29, had been taken to Loyola Medical Center with extensive burns.

First responders were on the scene at a four-story, 36-unit apartment building just before 9:30 a.m. Tuesday at the 5600 block of West West End Avenue after a portion of the top floor collapsed. At least 10 ambulances were at the location.

“Our first concern is the health, well-being and safety of our residents,” Roman Viere, owner of the building, said in a statement. “We are doing everything we can to cooperate with emergency services, and we are ready to do whatever we can to support our residents.”

The building next door was evacuated, according to fire officials.

A woman who was near the building when the explosion happened said she thought it was a bomb that went off.

“I was asleep, and all of a sudden there was a loud booming,” Lawrence Lewis, who was asleep at the time the explosion happened, said. “I woke up to my windows gone, my front door blown open. I just saw smoke, and I ran out of the house. I was asleep. I’m shook up right now.”

Some people who left not long before the explosion said they smelled something in the hallway.

People’s Gas said there is no reason to believe this is a gas explosion. The fire department reportedly told them there was no odor of gas or equipment issues.

The incident is under investigation. No further information was provided.