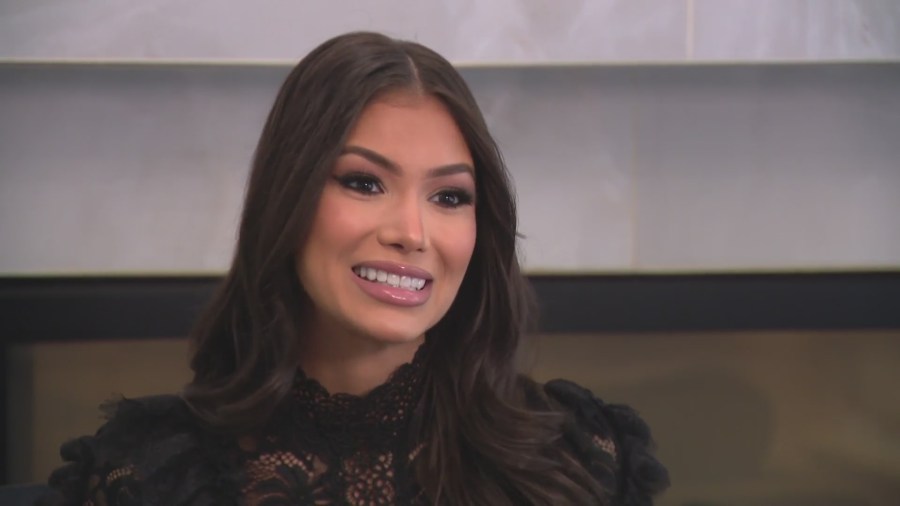 CHICAGO — The new Miss Illinois, Angel Reyes, let us tag along as she prepares for the upcoming Miss Illinois pageant next week. She’s practicing walks, interviews and getting her head straight for the big day.

She’s already beating the odds. The 26-year-old is only the second Latina ever crowned Miss Illinois in the pageant’s 75-year history.

She said her main mission was to bring representation back to the stage. And she did it — building a platform one step at a time

“It’s really important to give back to underprivileged minorities in the inner city of Chicago because quite frankly that’s me and that’s where I came from,” she said.

Born on Chicago’s South Side and raised in the Hermosa neighborhood, Reyes said her single mother struggled to make ends meet.

“I’m grateful to have had family to take us in,” she said. “We had family that opened up their homes to us but ultimately homelessness to me felt like not having a place to come home where you belong. That was a very difficult time in our lives.”

But even within those struggles, the pageant bug bit her at an early age when one contest led to another and eventually to the Miss Illinois stage.

“I tried five times before I won and so that perseverance just lit a fire in me to achieve my dreams, and I did it,” she said.

Now little girls are in “awe” when they meet her. So she returns the compliments the best way she knows how — with a crown.

Come next week, the Latina with Puerto Rican roots will be representing Illinois in a contest that continues to evolve each year.

“So now we’ll be able to see single mothers compete for the title so that’s going to open up a very big world and help boost the system,” she said.

Although hoping for a win, she’s grateful for the opportunity to represent Latinos in Chicago and Illinois in the nation’s biggest pageant.

“My life changed overnight. It’s been a whirlwind experience,” she said.

To cast a vote for Reyes in this year’s Miss USA Pageant, you can visit the Miss USA website at: 2022 Miss Contestants – Miss USA.