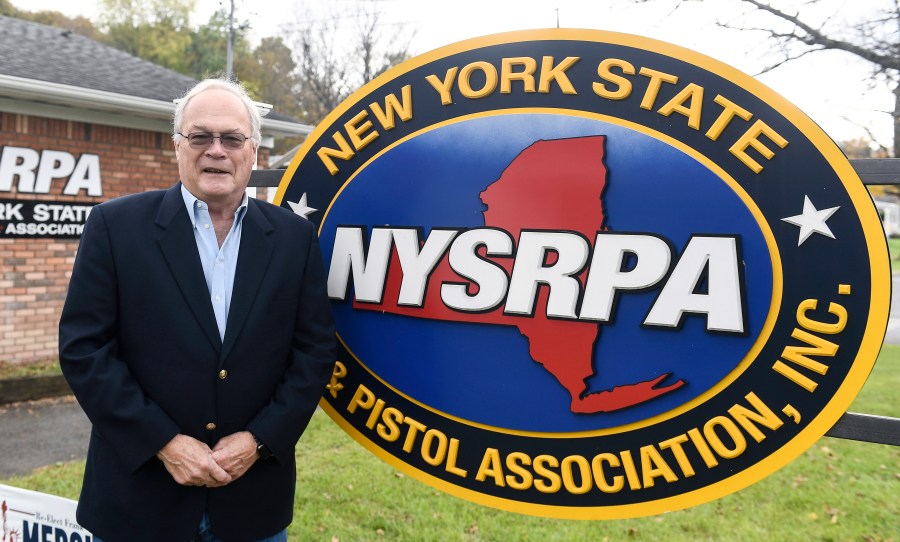 The gun control law requires showing “proper cause” to get a license to carry a concealed handgun outside the home. The lawsuit was brought by a gun rights organization based in East Greenbush. The New York State Rifle and Pistol Association’s president, Tom King, was re-elected to the National Rifle Association’s board of directors in mid-May.

Rep. Elise Stefanik released a statement shortly after the decision came down. “Today’s Supreme Court ruling upholds the Constitutional rights of law-abiding citizens to keep and bear arms and correctly declares New York’s shameful attempt to shred Second Amendment rights of New Yorkers unconstitutional,” she said. “While the Far-Left continues to push unconstitutional gun control measures as New York’s failed bail reform policies have made our communities more unsafe, this ruling comes at a crucial time. Now, law-abiding gun owners in New York State and across the nation can again exercise their Constitutional right to concealed carry to protect themselves and their families.”

Meanwhile, Sen. Kirsten Gillibrand sent out a press release that was less celebratory. “Today’s Supreme Court ruling, which guts state concealed carry permitting laws, is not just irresponsible, it is downright dangerous. Our nation is in the middle of a gun violence epidemic and instead of working to protect our communities, this court has made it even easier for potentially dangerous people to carry concealed handguns in public spaces.”

Take a look at the decision below:

Stick with NEWS10 for more on this story as it develops.