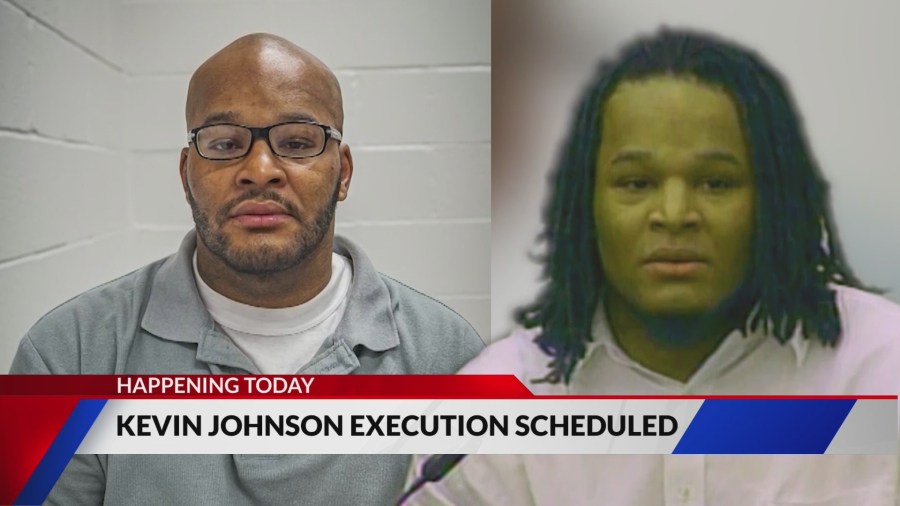 Johnson was convicted in 2007 of killing Kirkwood Police Sergeant William McEntee. With the decision by Missouri’s Supreme Court, Johnson could be executed as soon as 6:00 p.m. at the prison in Bonne Terre.

Sergeant McEntee was patrolling in Kirkwood’s Meacham Park neighborhood when Johnson opened fire on him. Johnson fired several shots into McEntee’s police vehicle, then shot McEntee again when he got out of his cruiser.

Authorities said that Johnson was angry, believing police did not do enough to save his 12-year-old brother, who had died earlier that day from a health condition.

Johnson was convicted of first-degree murder in his second trial, the jury deadlocked in his first trial.

Monday, November 28 during a virtual hearing before the Missouri Supreme Court, a special prosecutor argued that there was racial bias in the case and Johnson’s execution should be halted, but the Missouri Attorney General’s office disagreed, explaining the trial was fair.

In a 5-2 decision, Missouri’s Supreme Court refused to stop the execution – and during the hearing, Governor Parson denied clemency to Johnson.

A statement from Parson reading in part, “Through Mr. Johnson’s own heinous actions, he stole the life of Sergeant McEntee and left a family grieving, a wife widowed, and children fatherless. Clemency will not be granted.”

We will see if anything else develops in the case as Tuesday unfolds.