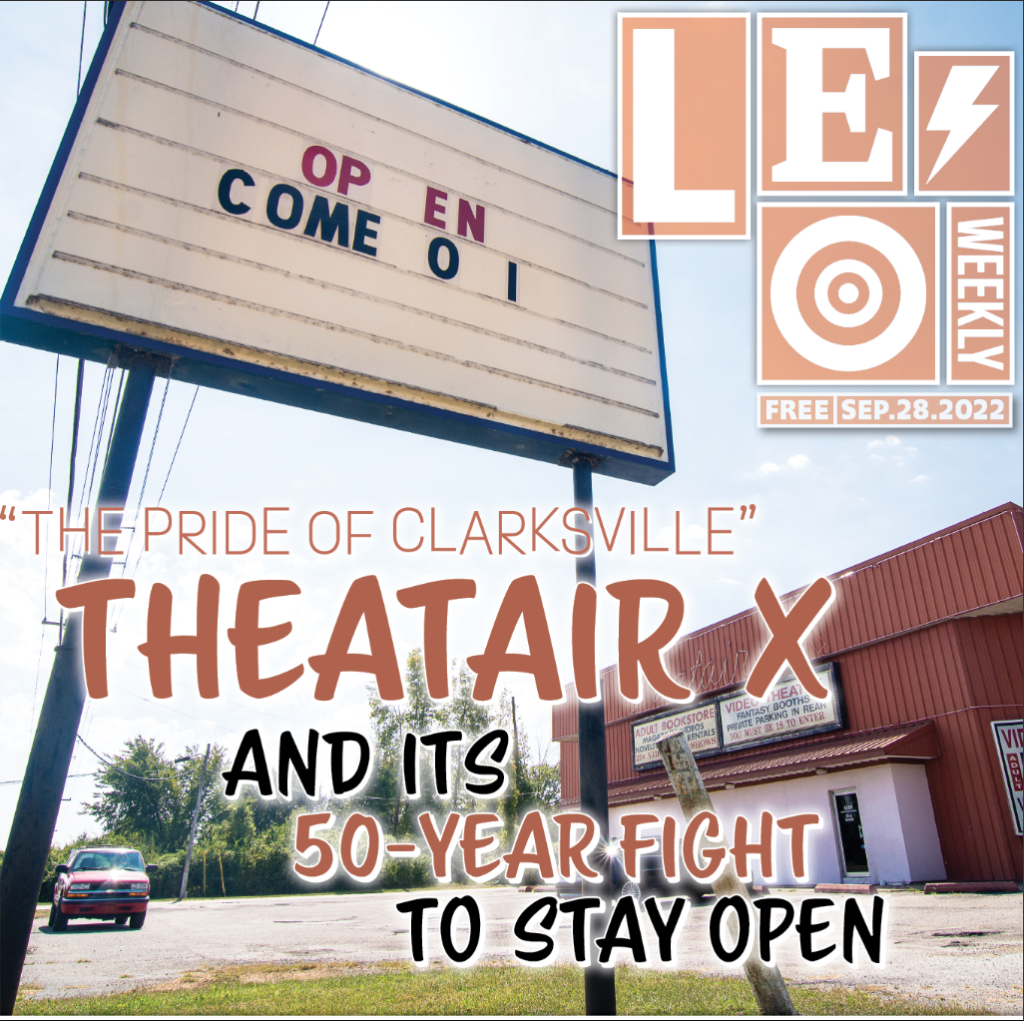 The latest issue of LEO Weekly is on stands now! Here is a quick preview of our latest coverage on everything Louisville.

“Down the home stretch of this election cycle, U.S. Sen. Rand Paul is likely going to continue to rely on his campaign’s robotic, effective and glacial plan: use his large monetary lead to continue to carefully market, brand and sometimes scare the populace across the state of Kentucky. It will be the opposite of grassroots. It will be mostly boring and controlled. There will be no big splashes. No new ideas. There will most likely be subtly-sinister, slyly-worded, somewhat-nonsensical commercials that play on basic human fears. He’ll give a few advantageous soundbites to cameras, attacking from a distance.”

“Preliminary reviews of Louisville jail deaths by Kentucky’s Department of Corrections found repeated violations of the state’s jail standards, the minimum standards that local correctional facilities in the Commonwealth must maintain.

The Pride Of Clarksville: The Adult Business Theatair X And Its 50-Year Fight To Stay Open
By Kevin Gibson

“Before we go back to the beginning of Theatair X’s long and debauchery-filled journey, let’s zoom into the current legal battle, one that threatens the businesses’ improbable run.

The current trouble started in 2018, when the Clarksville Police Department did an undercover investigation that resulted in two arrests. A week later, after obtaining an inspection warrant, Clarksville Building Commissioner Rick Barr observed more than 20 holes in walls that connected separate viewing booths in the Theatair X building, a code violation in city speak (or in layman’s terms, glory holes.)”

“For the first time since 2019, the Danny Wimmer Presents music festivals Bourbon & Beyond and Louder Than Life took place on back-to-back weekends, closing out September in Louisville with a bang. After eight (!) days of music on the grounds of the Kentucky Expo Center, the LEO staff is currently drinking a little more coffee than usual, but we had a great time. Here is the very, very abbreviated version of our photography from the fests that we published over at photos.leoweekly.com.”

“Maggie Lindemann is a young alternative musical artist whose work crosses pop punk, metal, and pop. Yesterday, Lindemann was the first artist of the day to play on the Space Zebra Stage at Louder Than Life, a stage that would later be occupied by Evanescence and Nine Inch Nails. Lindemann’s newest album, “Suckerpunch,” came out on September 16.”

“The question was called out to a peer across the room and delivered, in the most suburban way: “What’s that place we went to with the rolls and grilled cheese? In that shopping center across from the Post Office. Behind the Moby Dick.”

It was Melt 502 (6318 Bardstown Road), the same name in the graffiti visible the moment you set foot in the restaurant. The logo hangs above a small stage in a corner opposite the bar and diagonal from the small counter where you place your order. There you’ll find an array of delivery-app tablets and a front-and-back sheet menu that sports a surprising three dozen items spanning from egg rolls and melts to wings, burgers and salads, most of which are named after hip-hop artists.”

“The National Gallery of Art’s Academic Programs Coordinator, Sarah Battle, commenced with an oral history project this spring that will be preserved at the University of Louisville. Her project, “Painting a Legacy: the Black Artistic Community in Louisville, 1950s-1970s,” was funded by the Kentucky Historical Society through a grant in the amount of $4,435, and the Center for Advanced Study and Visual Arts at the National Gallery gave her the sabbatical fellowship, which included time off and a stipend.”

Keep Louisville interesting and support LEO Weekly by subscribing to our newsletter here. In return, you’ll receive news with an edge and the latest on where to eat, drink and hang out in Derby City.