Maryland Democratic lawmakers say they are planning on taking up shield laws in the next legislative session to protect abortion providers as more people come from out of state to get reproductive care. Since the Supreme Court overturned the landmark Roe v. Wade case this summer, 17 states have banned or restricted abortion. Some of those states seek to target providers offering care to their residents in states where abortion is legal. Texas allows residents to file lawsuits against health care professionals who perform abortions, even in a state where abortion is legal.

There are about two dozen abortion clinics statewide bracing for an influx of patients from other states. Abortion restrictions are attracting more pregnant people to Maryland for health care, said the leader of Planned Parenthood of Maryland.

“It remains to be seen the numbers of clients that would cross over into Maryland, although we know what’s going to happen based on patterns that we already see,” said Karen Nelson, president and CEO of Planned Parenthood of Maryland.

Abortion is legal in Maryland except for ‘viable fetuses’ which is typically at the 24 week mark as the state’s fetal homicide law is still on the books.

West Virginia is the closest state to Maryland where abortion is illegal, with exceptions for rape, incest and medical emergencies.

“We already see citizens of West Virginia in our Frederick health center regularly for full reproductive health care,” Nelson said. “That’s just normal travel, because we have accessibility here and we have available appointments.”

Del. Ariana Kelly, a Democrat, who represents the 16th District, said lawmakers are working on a series of bills to safeguard providers from prosecution across state lines.

Read more (and listen) at WYPR. 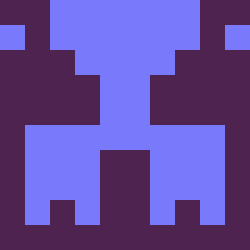