Another aftershock rattled the Elgin area of South Carolina last night at 12:52 am, bringing the total number of quakes and aftershocks to 79 since Christmas.

The rumbling of the Palmetto State started when a significant 3.3 magnitude earthquake struck Elgin, South Carolina (about 50 miles south of Charlotte) the day after Christmas, followed quickly by 2.5, 2.1, and 1.7 magnitude aftershocks.

According to the USGA, the quakes had epicenters roughly halfway between Lugoff and Elgin, SC – all about an hour south of Charlotte. 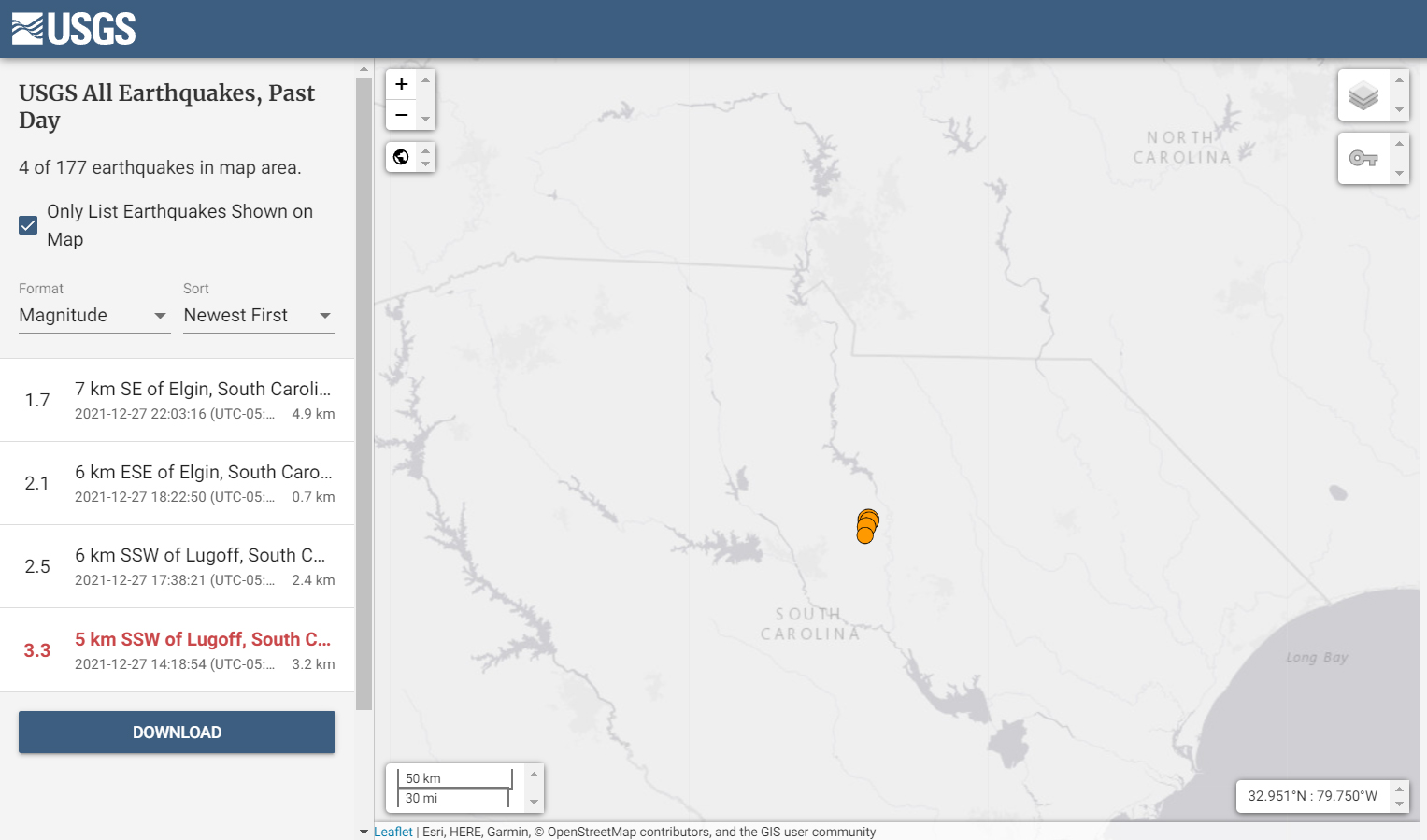 Earthquakes have been increasing in frequency around the Charlotte region over the past few years. Last year, we experienced the largest earthquake in over 100 years when a 5.1 magnitude quake hit Sparta, NC, and since then, dozens of aftershocks have continued to rattle our state.

According to USGS.gov, “Moderately damaging earthquakes strike the inland Carolinas every few decades, and smaller earthquakes are felt about once each year or two.”

Have you felt any of the quakes?