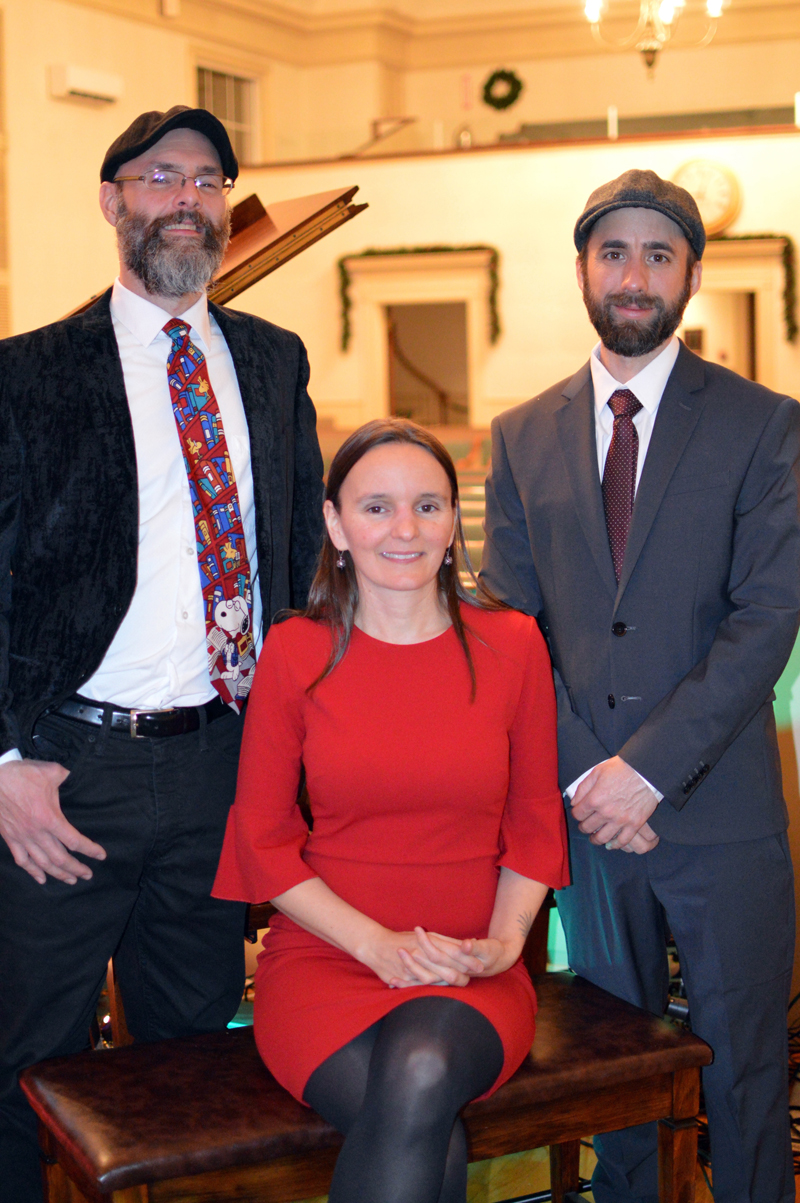 The Heather Pierson Trio will bring its holiday “A Charlie Brown Christmas” show to The Waldo Theatre at 4 p.m. on Sunday, Dec. 11.

Based in Conway, N.H. and consisting of Heather Pierson on piano and vocals, Shawn Nadeau on bass, and Craig Bryan on drums, the trio performs a rich variety of originals, jazz and blues standards, and unique reworkings of familiar American music.

Pierson is a pianist, multi-instrumentalist, singer/songwriter, songleader, and performer whose inspiring live performances and growing catalog of releases delve into Americana, blues, New Orleans jazz, vocal chants, instrumental piano, and folk. Best known for her ease at the piano and her bell-tone vocals, her songs and musicianship embody joy, honesty, playfulness, and a desire to share from the heart.

In over 20 years on her own record label, Vessel Recordings, Pierson has released 14 albums and several singles of original music.

In its annual December offering, the trio shares its interpretation of Vince Guaraldi’s iconic soundtrack of “A Charlie Brown Christmas,” additional Guaraldi compositions, and other holiday favorites.

The musical score for “A Charlie Brown Christmas,” composed by the late Guaraldi and first broadcast in December of 1965, is just as poignant and touching as the story and includes the hugely popular hit “Linus and Lucy.” The gentle jazz riffs established musical trademarks that, to this day, still prompt smiles of recognition.

The Heather Pierson Trio performs the entirety of the score as recorded by the Vince Guaraldi Trio, as well as other Guaraldi compositions.

For more information about the trio, go to heatherpierson.com.

The Waldo Theatre is located at 916 Main St. in Waldoboro. Free parking is available on Main and School streets. Assistive listening devices are available at the box office.

Doors open at 3 p.m., and concessions, including beer and wine, will be available for purchase. The Waldo is no longer requiring proof of vaccination, and has shifted to masks optional for all visitors.

For more information, go to thewaldotheatre.org.