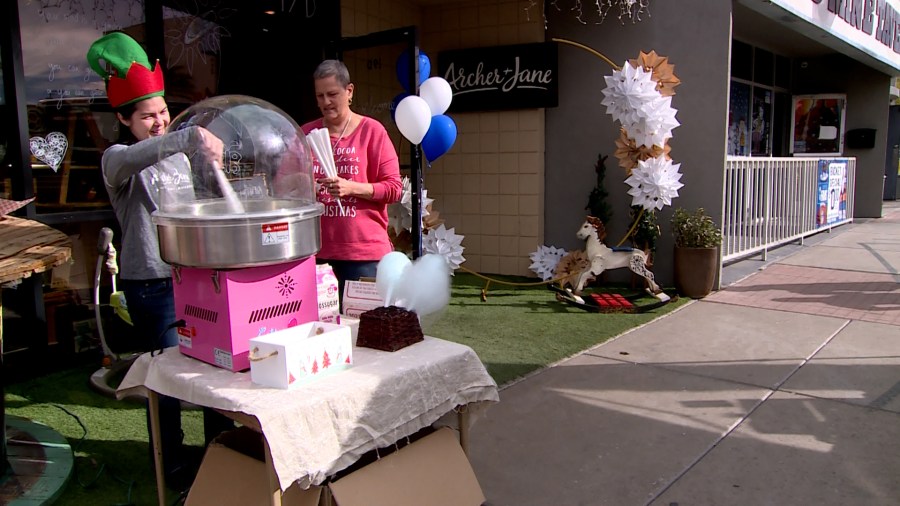 LAS VEGAS (KLAS)– A day after Black Friday sales, shoppers are still out looking for a bargain and marking items off their holiday wish list.

Yet, many are choosing independent retailers as part of Small Business Saturday.

These businesses often compete with retail giants, but one way they separate themselves is by banking on having a relationship with customers.

That’s one of the main reasons Indra Turner said she opened her brick-and-mortar shop nearly two months ago.

Located along the southern end of Water Street in Henderson, Turner said only doing online sales burned her out.

“I enjoy meeting the public, especially Henderson being a small town. I enjoy being able to interact with customers instead of just texting all day on the internet,” Turner, who owns Indy Jewels and Crystals, said.

Turner has sold jewels and gem crystals for around eight years. She relies on the support of a steady clientele.

“You’re making our dreams come true really, I am able to do something that I love,” said Turner.

Further north on Water Street is Archer and Jane.

Moses said the store was born out of frustrations she had buying things off Craiglist and Facebook Marketplace.

“You could travel pretty far for stuff that is just not in good condition, or not as described, and I thought we need a place in our community, that you can trust the items are quality items, and you can get a fair price,” said Moses.

At Container Park in Las Vegas, the 38 small businesses that occupy the space took part in Shop Local Saturday.

The shops at Container Park benefit from tourists visiting the Fremont Street Experience.

Gonzales added, “you’re supporting that local entrepreneur, and their business, and their dream. And I feel like the money stays here within Las Vegas. Supporting locals.”

According to the Small Business Administration, shoppers spent $23.3 billion at independent retailers and restaurants last year on Small Business Saturday.