One day after an FDA advisory panel endorsed the safety of the Pfizer vaccine, Gov. Andrew Cuomo and New York City Mayor Bill de Blasio are releasing additional guidance on its upcoming distribution, expected to start as soon as possible once emergency use authorization is granted — which could come as early as Friday.

Gov. Andrew Cuomo said the state’s independent review panel will assess the vaccine and he expects to begin deploying the initial Pfizer delivery of 170,000 doses as early as next week, with the first shipment of the vaccine departing the Pfizer facility for New York as early as Friday. High-risk hospital and nursing home staff and patients will get it first, followed by, first responders, essential workers and then the general public. The governor’s office expects to announce more detailed distribution plans on Friday, in addition to new restrictions on indoor dining.

In New York City, officials say they’re ready to open the city’s Vaccine Command Center on Monday — setup right across the street from City Hall — to oversee all facets of city’s vaccination program. The mayor equates the new operational center as “the air traffic control” for vaccination distribution, its core responsibilities to prioritize building trust of the vaccine through community engagement as well as realtime reporting of vaccine distribution.

New York City will get the majority of the state’s initial allocations, Cuomo said. Mayor Bill de Blasio said his administration will move quickly to vaccinate high-risk healthcare workers and the estimated 100,000 people who either are residents of long-term care facilities in the city or work at them.

“That whole group of 100,000 people needs to be reached. We’re going to move that very, very quickly. That’s a very finite universe,” he said. “I’m very confident in the ability of our health department to distribute the vaccine effectively…The real question is going to be, how many doses do we get each week and our ability to make sure we constantly stay on that plan for distribution.”

Other high-priority groups will be vaccinated soon afterward, de Blasio said, but no one should try to secure a vaccine before their turn. For the first week, the city is set to receive 72,000 doses, but health officials warn that total is only enough for 36,000 people since everyone needs to get two shots.

The state has opted into a federal program that will involve CVS and Walgreen’s administering vaccines by Dec. 21. It has 90 regional distribution centers capable of cold storage needed for storing vaccines, according to Cuomo. The governor also called on U.S. Health and Human Services Secretary Alex Azar to implement an equitable distribution of the vaccine, and said the current federal plan ignores many minority and poorer communities.

“Black, Hispanic, Asian and low-income communities paid the highest price during COVID-19 … The Black and brown communities that were first on the list of who died from COVID cannot be last on the list of who receives the vaccine,” Cuomo wrote in a letter to Azar. “With the first round of vaccines being distributed as soon as next week, there is no time to waste … By relying on a flawed, biased system, the administration approach will only serve to further widen existing disparities in health outcomes.”

Additional allocations are expected from Pfizer later this month — a potential breath of relief as official combat soaring COVID hospitalizations.

As of Thursday, New York had more than 5,000 hospitalized for the virus statewide, nowhere near the 19,000 admitted at the peak of the crisis in April but still the highest number since May 20, and a steep increase over recent months for freshly beleaguered hospital staff and facilities.

“This is a hospital capacity crisis, and more and more, it’s becoming a greater crisis for hospitals because their capacity is further diminished. This is the weapon that will win the war,” Gov. Andrew Cuomo said of the vaccine Wednesday.

Dr. Dave Chokshi, the city’s health commissioner, said that 54 of the city’s 55 acute-care hospitals either have the ultracold freezers needed to store the Pfizer vaccine or have access to ultracold storage through other facilities in their networks. The one hospital that lacks ultracold storage capacity will wait to vaccinate patients until the Moderna vaccine, which does not require a special freezer, is distributed. The FDA takes up that emergency request next week.

While de Blasio said that the vaccine is the key to turning the pandemic tide, he acknowledges the fallout from the health crisis will be felt well into the future. With this in mind, the city announced a 2021 Student Achievement Plan to close the COVID achievement gap that became apparent during the ongoing health crisis that forced schools to close and turn to remote learning for months. The pandemic has also caused emotional trauma and challenges for many children.

“We have to have to have a clear plan going into next school year to maximize achievement,” the mayor said. “Our schools are going to come back stronger than ever, I don’t doubt it. Our 2021 student achievement plan will give us the foundation to make sure that approach reaches every single child.”

Richard Carranza, the Chancellor for New York City Schools, said the district will share more details on the plan in the weeks and months to come.

Right now, the top focus is on the immediate crisis at hand, which continues to worsen by the day. The city’s rolling seven-day positivity rate has soared above 5.32 percent as of Thursday and the hospitalization rate is still above threshold.

These immediate challenges won’t be helped by the imminent approval of a vaccine, officials say. The vaccine is the light at the end of the tunnel, but de Blasio and Cuomo have been quick to caution the tunnel is long.

The governor has said in recent weeks that experts say 75 percent to 85 percent of the population must be vaccinated in order for the economy to return to some semblance of normalcy. Even if the state received 300,000 vaccine doses by year’s end and had 300,000 people willing to take them immediately, that’s just 1.5 percent of New York’s population.

Gov. Andrew Cuomo breaks the state into 10 regions for testing purposes and tracks positivity rates to identify potential hotspots. Here’s the latest tracking data by region and for the five boroughs. For the latest county-level results statewide, click here

The willingness of a highly skeptical public to take the vaccine is itself far from a given. Communities of color have been disproportionately impacted by the ongoing pandemic and are disproportionately skeptical of a vaccine. New York state and city have launched aggressive public education campaigns to help dispel myths and ensure public buy-in, without which the program won’t work.

The FDA’s vaccine advisory panel met Thursday to scrutinize Pfizer’s data for any red flags, and gave it a green light to start shipping. That is likely the last step before the FDA decides to begin shipping millions of doses of the shot across the country. 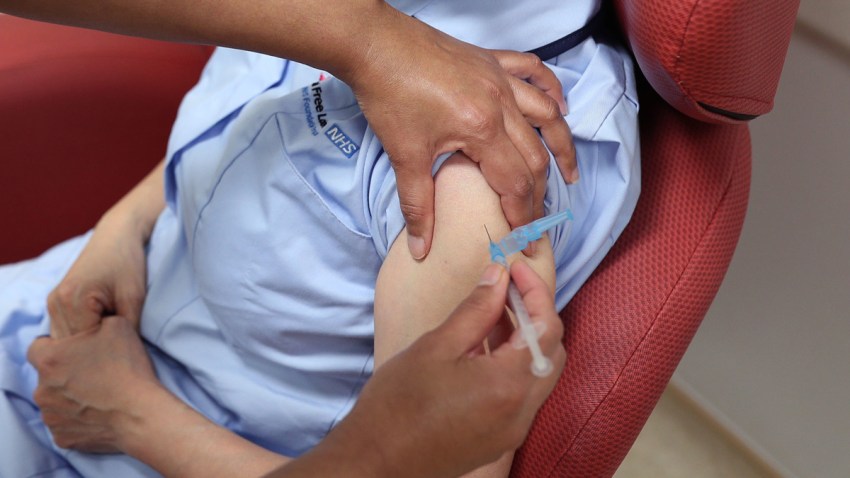 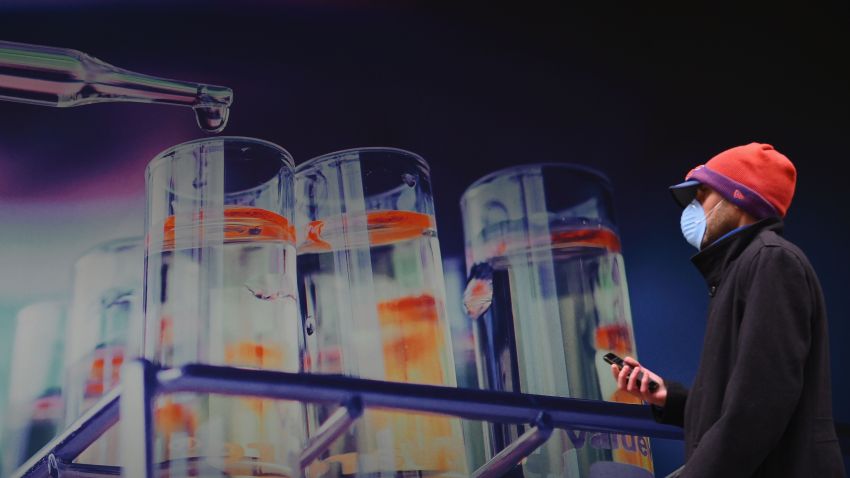 AP-NORC Poll: Only Half in US Want Shots as Vaccine Nears

“We have shrunk a process that normally takes months into one that’s taken weeks,” said FDA Commissioner Dr. Stephen Hahn. “I have 100 percent confidence in them, and the American people should as well.”

The FDA has said results from Pfizer’s large, ongoing study showed the shot, which was co-developed with Germany’s BioNTech, was more than 90 percent effective across people of different ages, races and underlying health conditions, including diabetes and obesity. No major safety issues were uncovered; common vaccine-related side effects like fever, fatigue and injection site pain were tolerable.

The public review comes as U.K. regulators investigate two apparent cases of allergic reaction to the vaccine. Medical experts say that while reactions are rare, they aren’t unheard of for vaccines of any kind and are usually short-lived.

News of the vaccine possibly being distributed comes as COVID cases and deaths in the U.S. are hitting all-time highs on a near-daily basis. On Thursday, a single-day record 3,110 people died as a result of the coronavirus — that’s more than both 9/11 and D-Day. That goes with more than 225,000 new cases nationwide.

Nevada has 2nd highest coronavirus positivity rate in the nation