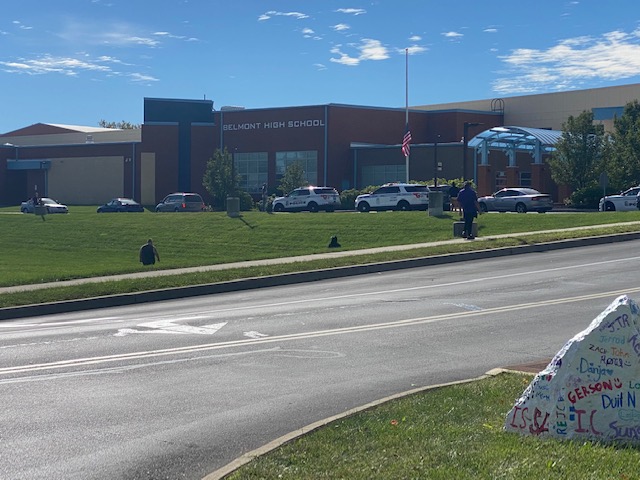 DAYTON, Ohio (WDTN) — Law enforcement agencies around the Miami Valley are responding to multiple active shooter threats that are being reported as hoaxes.

According to NBC affiliate WLWT, a call came in around 10 a.m. from Princeton High School on Viking Way in Cincinnati on reports of an active shooter. The school was put on lockdown and Sharonville police have since said it appears to be a hoax.

Parents who are responding to the school are asked to head to Vineyard Church, almost a mile away from Princeton High School. All students are safe and accounted for, according to WLWT.

Moments later, Belmont High School in Dayton also received similar calls and went into lockdown around 10:35 a.m., but these also were proved to be false. Police are currently at the high school, but all students and staff are safe, and there is no incident at the school.

“The safety of staff and students is our utmost priority,” Dayton Public Schools Superintendent Dr. Elizabeth Lolli. “Parents can expect to receive more detailed information about this situation later today.”

Not too long after that, Springfield Police released a statement just before 11 a.m. that a similar active shooter threat at Catholic Central High School was reported. This was also labeled as a false alarm.

Stay with 2 NEWS as this story develops.