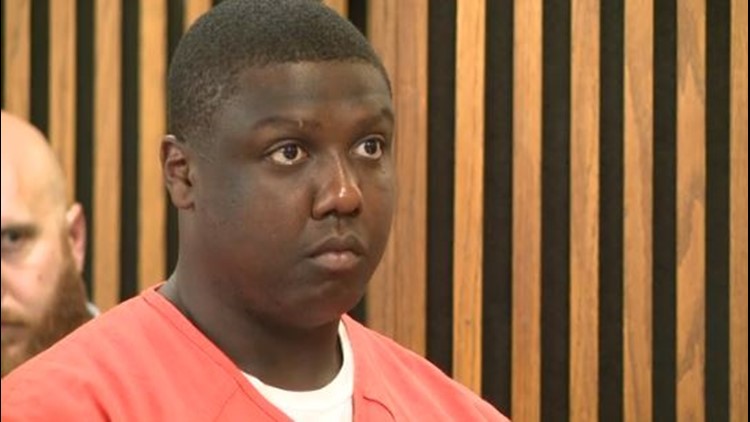 Armond Johnson will be sentenced at a later date.

CLEVELAND — Armond Johnson, who was found guilty of the July 2019 murders of four people — including two young children — in Cleveland’s Slavic Village neighborhood, will not face the death penalty.

A jury determined that “the aggravated circumstances did not outweigh the mitigating factors beyond a reasonable doubt,” according to a spokesperson for the Cuyahoga County Prosecutor’s Office.

The victims in the case include:

3News streamed the opening of the sentencing phase on Wednesday, which you can watch in the player below:

“He then set the house on fire and fled the scene,” according to the prosecutor’s office.

Her two young children — including Johnson’s 6-year-old son — were both inside the residence at the time and died as a result of the fire. Cousin was shot and killed in a vacant field near the residence.

“Armond Johnson brutally murdered four people including his own son,” Prosecutor O’Malley said in a previous statement on the case. “His callous actions demand that he face the ultimate punishment.”

Johnson, 29, was found guilty earlier this month on the following charges in the case: