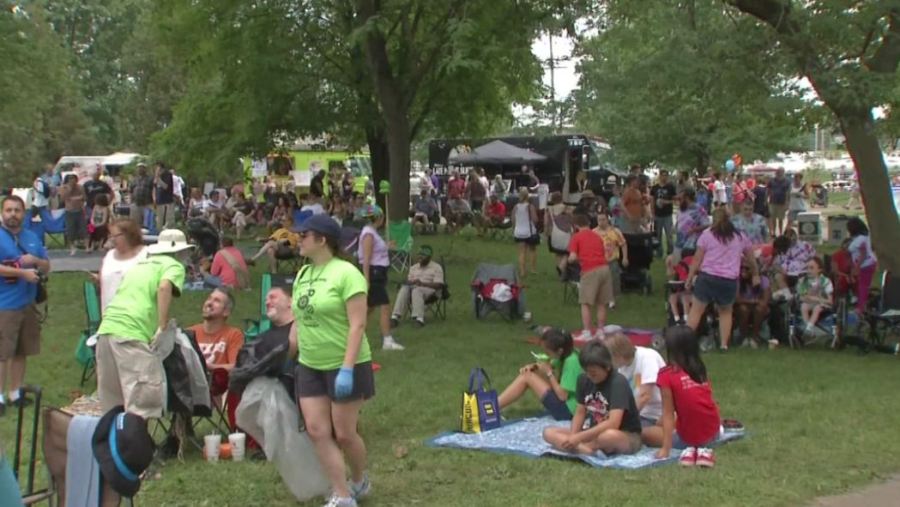 COLUMBUS, Ohio (WCMH) – ComFest, a volunteer-organized festival honoring community and activism, is returning to Goodale Park on Friday after virtual celebrations due to the COVID-19 pandemic.

Celebrating its 50th anniversary, ComFest began in 1972 with student activists and small business owners who wanted to celebrate community. Subsequently, antiwar protests had begun on college campuses across the nation. That first ComFest not only served as a space to share progressive ideas but also to fundraise for protestors who had been arrested.

Since then, the festival has continued to bring communities together, taking place near Ohio State University, then moving to the Short North in the 1980s and to Goodale Park in the ’90s.

“I think [ComFest] has helped spread some alternative lifestyles and alternative ways of looking at the world throughout the community,” organizer Marty Stutz said. “I think that’s demonstrated by how popular it’s become.”

In the street fair along Park Street, guests will find arts and crafts, community organizations and local vendors. In celebration of the 50th anniversary, guests can also explore a dedicated museum space with memorabilia showcasing the history of the festival.

“Going back to 1972 and even in the ’80s and ’90s, Columbus was kind of a conservative type of town,” Stutz said. “ComFest, with its focus on community, diversity and people coming together to celebrate all these different lifestyles and different ways of experiencing life, [the festival] has had an impact on the community – I think it’s changed the community.”

As a community powered festival with no corporate sponsorships, ComFest is always welcoming more volunteers. Sign up to volunteer this weekend here.

ComFest will be at Goodale Park beginning noon Friday, 10 a.m. Saturday and 9:30 a.m. Sunday. Attendees are encouraged to park on the south side of Goodale Park, at the Goodale Parking Garage located at 66 E. Goodale St. Park Street and Dennison Avenue will be closed. View more details here.