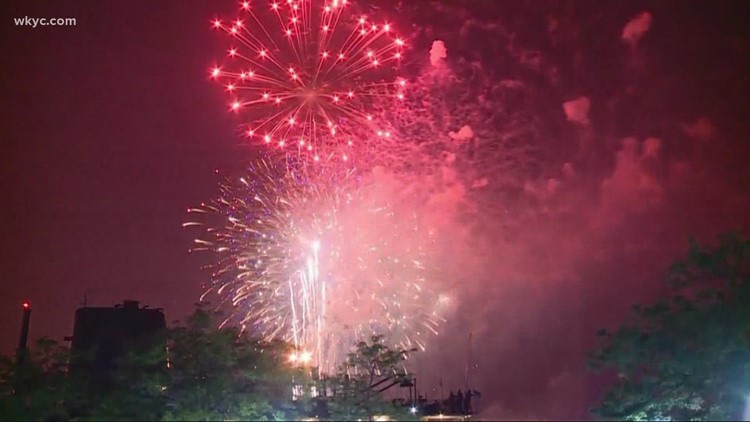 As several area communities restrict fireworks, officials warn of the dangers associated with them.

CLEVELAND — Fire officials across Northeast Ohio are warning residents about the dangers associated with fireworks ahead of the holiday week.

As firework sales skyrocket, populated communities in Northeast Ohio are restricting the use of consumer fireworks.

RELATED: 4th of July events around Northeast Ohio: Your guide to fireworks, festivals and more

Martin told 3News that several fire chiefs in Cuyahoga County came together to restrict fireworks in their communities because of their populations.

While lighting fireworks can be fun, they can be extremely dangerous, which is why more than a dozen communities across the area have restricted their use.

“Due to our dense population and the fact that fireworks are inherently dangerous, it’s really a decision about keeping our public safe,” Mentor Fire Chief Robert Searles said.

Chief Searles told 3News the City of Mentor has not had a tragic circumstance in several years because they’ve restricted fireworks.

RELATED: Mentor votes to ban use of fireworks despite Ohio’s new legalization

Communities that have restricted consumer fireworks include:

Before purchasing fireworks, check with your jurisdiction to be sure that they’re legal.

“In the wrong hands, those fireworks can be deadly,” said Martin.