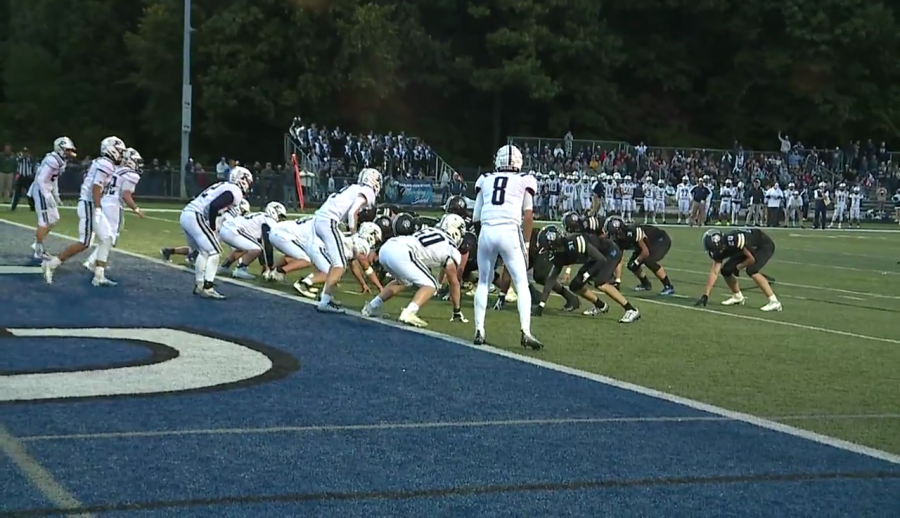 (WJW) – Fairless faced off against Cuyahoga Valley Christian Academy for the sixth Game of the Week in this season of Friday Night Touchdown.

CVCA hosted Fairless and the Royals looked regal in this game.

In the first quarter, it’s freshman Charlie Levak with the interception! It would set up a two-yard sneak by quarterback Ryan Weehee, making it 7-0.

On the ensuing drive, make sure you check tricks, Carson Collucci to Brody Pumneo to Luke Yoder. Fairless scored the touchdown, tying it up 7-7.

But on the very next play of the next drive for the Royals, it’s Kyle Snider switching up the entire Fairless defense. He was off to the races, 43 yards. He knocked over the pylon and was marked down at the one yard line.

Weehee could keep it for the touchdown on the next play.

We headed over to Walsh, so Fairless found this for us and sent it to us. It’s the Falcons’ Luke Yoder picking up a blocked field goal and going 90 yards for the touchdown.

We thanked Fairless for the highlight, but CVCA won this one in overtime, 22-20.

Join us for the best high school football coverage every Friday at 11 p.m. right here on FOX 8!