PHILADELPHIA (WPVI) — Philadelphia Water Department crews say they now have control of a 20-inch water main break in the Kensington section of the city.

It began around 7 a.m. Thursday at 4th and Hewson streets.

Water could be seen flowing through the intersection and down the streets. By 9 a.m., the water had stopped flowing, but a huge mess was left behind.

Officials said they believe the pipe was installed in 1893 and that it is cast iron.

The Action Cam on the scene showed the road buckled. The front of a Chevy Tahoe sunk along with the roadway. 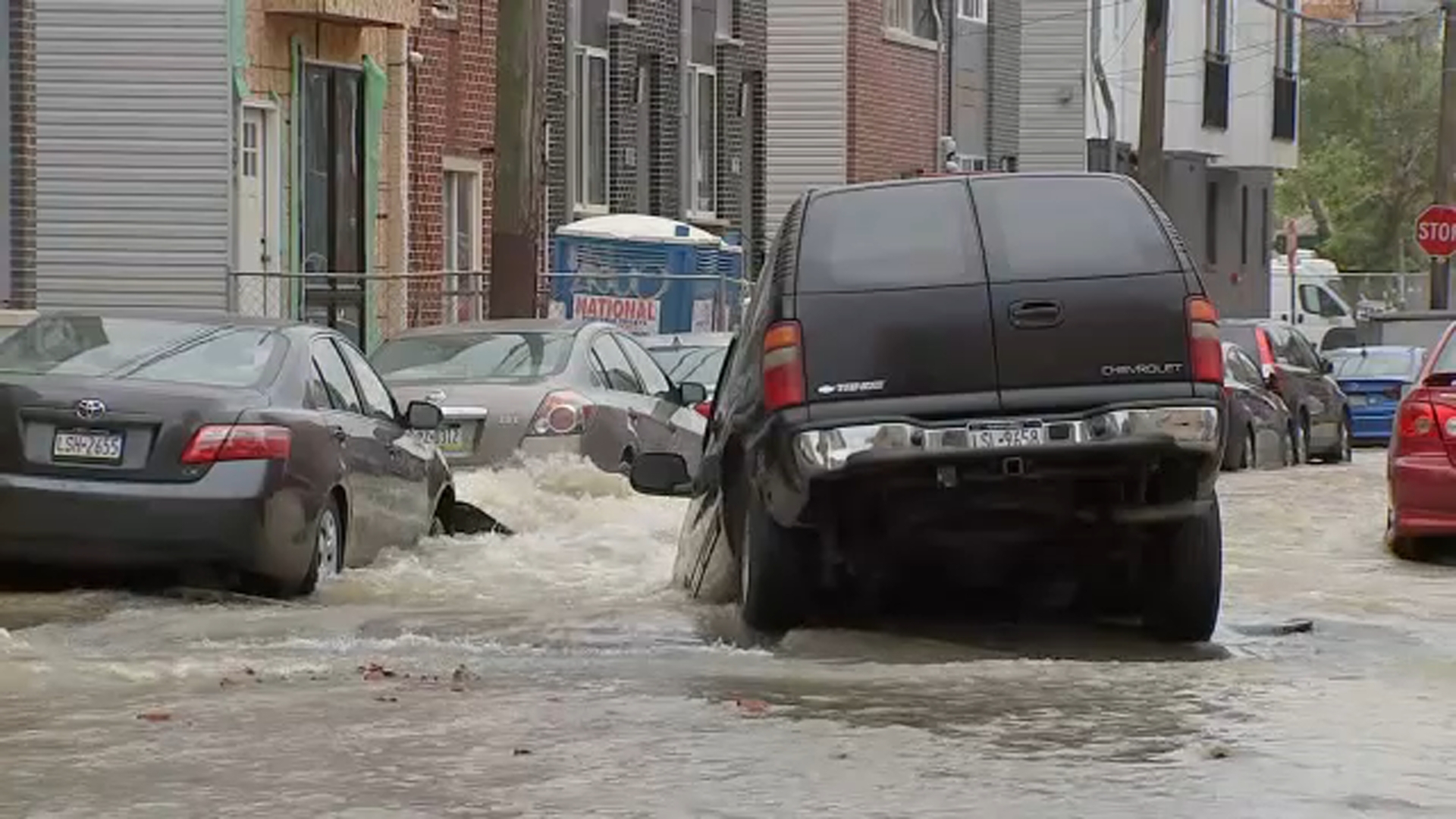 “I saw the water coming up out of the street and went to back up and the road gave way. I got stuck, I couldn’t back up anymore. I started going down and I climbed out the window,” said Harry Herman, who was driving the Tahoe.

Some neighbors have reported flooding in their basements.

Officials said in total, seven homes will need to be cleaned up.

Maria Orona, who lives in the area, said she was having water pressure issues on Monday and called to report the issue. She said nothing was done.

“Our street flooded…a river of water, that’s how I woke up this morning. I’m angry because the water department. I feel so strong if they came out and investigated my complaint this would have been avoided,” she said.

The floodwaters started to recede on the roadways shortly after 9 a.m.

The Philadelphia Water Department said they don’t know a cause yet, but neighbors have been speculating.

“There was a pothole there for a while and every time a car runs over it, it goes deeper and deeper and finally I guess it just went deep and broke the water main,” said Gloria Muniz, of Kensington.

Officials said they will look into whether or not there were complaints made about the pothole and if that may have been a factor in this water main break.

Philadelphia Gas Works (PGW) also responded to the scene and crews were going door to door to check on the gas at residents’ homes.

Fourth Street is currently closed from Norris to Berks, and officials expect the closure to last for a few months.