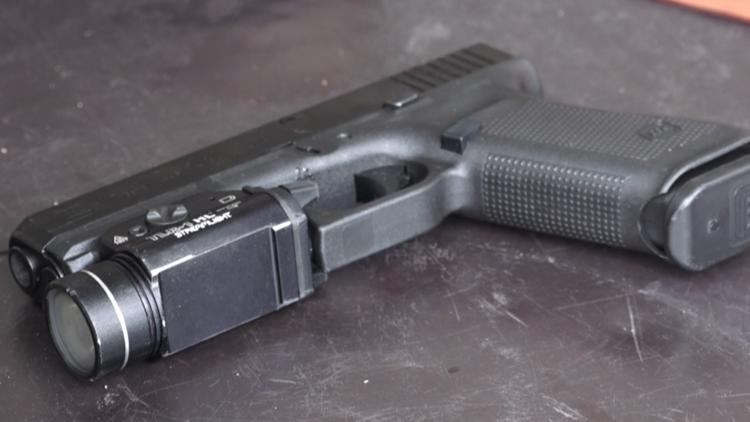 Columbia City Council will soon consider an ordinance that requires residents to report their gun if it is lost or stolen.

COLUMBIA, S.C. — On Tuesday, Columbia Public Safety Committee decided to pass a reporting ordinance for lost or stolen guns on to City Council for further discussion and possible approval at the next council meeting.

Towards the beginning of the year, councilwoman Dr. Aditi Bussells began working on a gun ordinance that would require Columbia residents to report if their gun is lost or stolen.

After partnering with the Columbia Police Department to gather data, Dr. Bussells, and Columbia Police Chief, Skip Holbrook believe this ordinance would be a step to end community gun violence.

“We seize over 800 guns every single year and only a quarter of them were ever reported lost or stolen, so this is a huge issue in our community,” Holbrook explained.

The newly proposed ordinance would require citizens to report their lost or stolen gun within 24 hours of them noticing it has gone missing.

RELATED: New data ranks one Midlands city third for the number of guns stolen out of cars

Bussells says it does not matter if the gun is registered, as long as police have record of where the gun came from.

If it is not reported, citizens could face a civil penalty fine of up to $500 if the gun is found on someone who was arrested or if the gun was used in a crime.

Although the proposed ordinance is still in the works, Bussells says she has a good feeling that it will pass.

“I have been working with the Attorney General to make changes as we go along,” Bussells explained. “With the support of my colleagues and the community, I think we have a good chance for approval.”

Chief Holbrook says he stands behind the ordinance, and believes it will help make investigations easier for his officers.

“This ordinance is not meant to villainize anyone who has lost a gun or had it stolen, it’s just to help us do our jobs better and to help keep guns out of the hands of people that shouldn’t have them,” Holbrook said.

The ordinance will go for a first reading before city council on September 6.