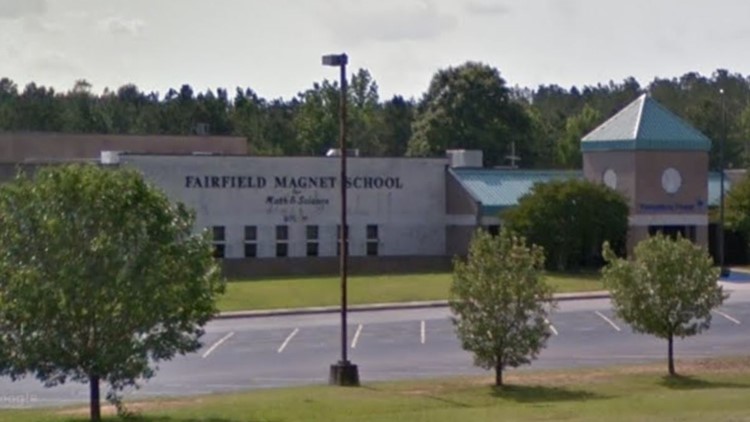 The honor of being a National Blue Ribbon School was only bestowed on five South Carolina Schools and fewer than 300 nationwide for 2022.

WINNSBORO, S.C. — One South Carolina Midlands school has joined a select group nationwide being honored as a “model of excellence” in the academic field.

Fairfield Magnet for Math and Science was one of the schools nominated by State Superintendent of Education Molly Spearman as a National Blue Ribbon School for 2022.

“We are extremely proud of these five South Carolina schools that have been honored nationally for their academic excellence,” Spearman said in a statement released announcing the achievement.

Specifically, the South Carolina schools are being recognized in the “Exemplary High-Performing Schools” category which means they are among the state’s highest performing based on state assessments or nationally-normed tests.

In addition to being one of only five schools in South Carolina to be nominated, Fairfield Magnet for Math and Science joins fewer than 300 nationwide that were nominated in 2022.

The achievement means that Fairfield Magnet will not only be recognized statewide but also by U.S. Secretary of Education Miguel Cardona.

The school is also planning a parade in the next week to congratulate the students for their achievements. The event will be held on Sept. 28 at 9:30 a.m. in front of the magnet school which is located at 1647 Highway 321 Bypass North in Winnsboro.

Guests and parents should park in the bus lot.