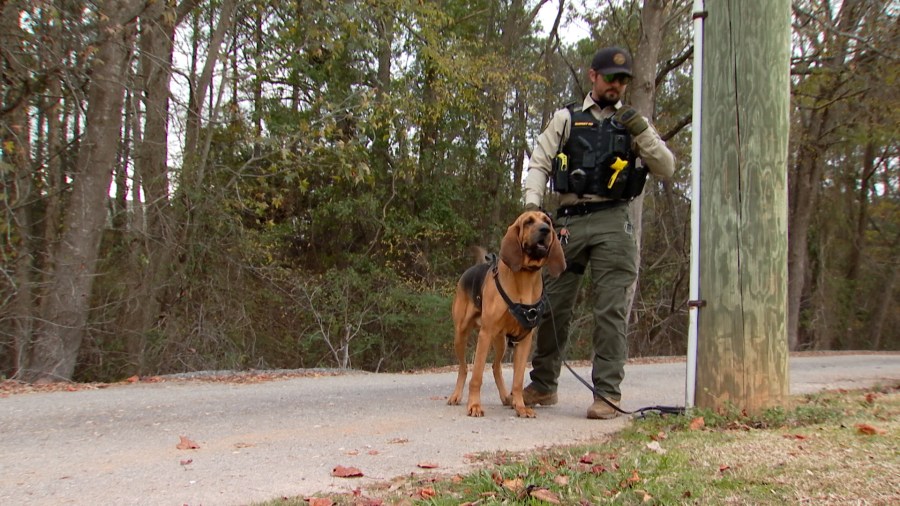 UNION COUNTY, S.C. (WSPA) – While families sit down to eat and spend time together, not everyone is off for Thanksgiving.

7NEWS went on a ride-along with a K9 Handler from the Union County Sheriff’s Office. The deputy took call after call, helping protect his community, even during the holidays.

Deputy Matthew Caldwell and his partner, Merle, spent their Thanksgiving patrolling the streets of Union County.

“The most calls are probably arguments, between family members and stuff like that,” said Deputy Caldwell.

He said a lot of the argument calls involve alcohol.

“We also get a lot of fires too, especially with wintertime coming, people turn on the heat and stuff like that,” he said.

On holidays, he said the call volume is slower. Deputy Caldwell said the hardest part of the 12-hour shift is being away from his family.

“I mean, I read the job description when I signed up for it. So, I know, basically, the responsibility and sacrifice that I was going to make,” said Deputy Caldwell. “Obviously, I made sure with my wife and my family that was a good sacrifice and they sacrifice along with me.”

With almost two years behind the badge, the deputy said he’s glad to have his four-legged partner.

“He’s my partner, he’s my best friend, with me in the car,” he said. “I mean, he’s really just the best partner to have on shift with me.”

Whether deputies are K9 handlers, or not, they all have an important role in protecting the community. Deputy Caldwell’s job means his partner comes home with him.

“Just taking care of him is the only difference, he rides with me 24/7 when I’m on shift,” he said. “I take him home, feed him, take care of him and all that.”

He said they both work to help protect and save lives, 365 days a year.

Union County Sheriff’s Office officials said whether it’s a holiday, or not, they’re fully staffed with four deputies on each shift.