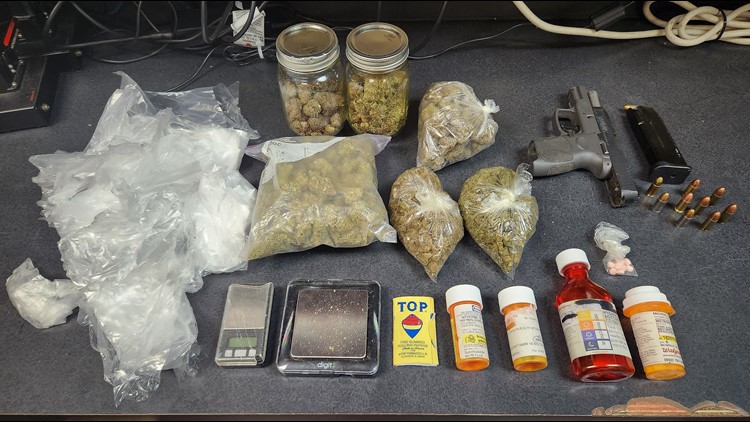 LEXINGTON, S.C. — An early morning traffic stop leads Lexington officers on a foot chase and meth, marijuana and a gun.

According to Lexington Police officers attempted to make a traffic stop early Thursday (9/28) for speeding and a dark window tint.

Officers, according to the Tweet by the department, arrested a felon who was in possession of a firearm, unlawful carrying of a handgun, trafficking meth, possession of a Schedule II controlled substance, possession with intent to distribute marijuana, possession of a weapon during a violent crime, failure to obey police and other charges.