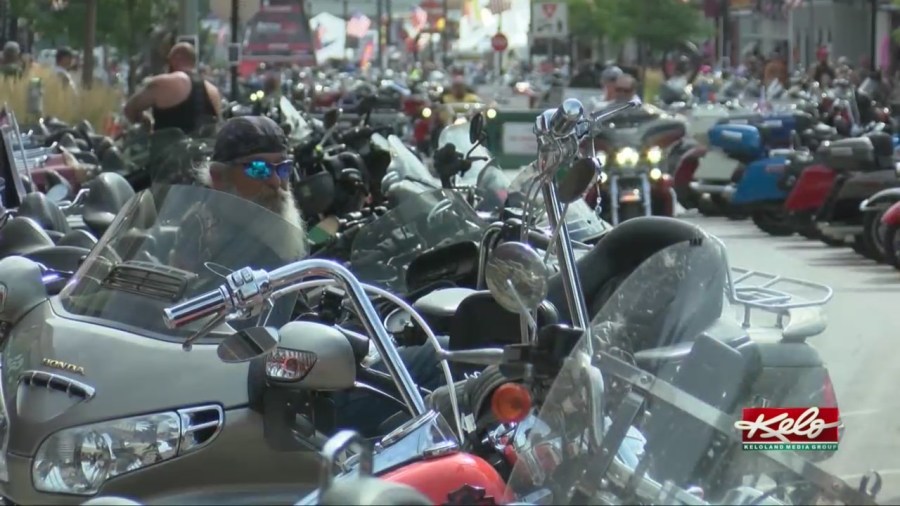 SIOUX FALLS, S.D. (KELO) — The final Sturgis Motorcycle Rally vehicle count is in but the city of Sturgis won’t be releasing its estimated attendance until October.

The South Dakota Department of Transportation counts vehicles entering Sturgis at nine locations during the 10 days of the rally.

Sturgis city manager Daniel Ainslie said today that early indications are this year’s attendance will “be around 500,000.”

The city releases an extensive rally report in October that includes the estimated attendance, results from attendee surveys, analysis of marketing and other details.

Ainslie said the city uses the traffic count to help determine attendance. It also uses the amount of garbage hauled from the city, volumes in the city’s wastewater plant, analysis of photos and other tools, he said.

“If you look at the estimates from 20 years ago, we had fewer indicators for attendance,” Ainslie said.

The system has evolved to include taking photos at the same location at the same time each day of the rally so those photos can be analyzed for crowd size.

“We continually add more indicators to help find an estimate of the attendance,” Ainslie said.

The city also reviews any way the data or information can be skewed, he said.

“Ultimately, it’s important to have an accurate estimate,” Ainslie said.

City officials are noticing a trend in the rally.

The first Friday and Saturday of the 2022 rally (Aug. 5 and 6) could post larger attendances than in 2015, the 75th Anniversary year, Ainslie said.

Ainslie said it’s unlikely the city will post estimated attendance pre-rally. Instead, it would stick to estimating the attendance for 10-days.

The city did officially expand the rally from seven to 10 days in 2016.

The demands of the rally on the city and community as a whole make it unlikely the city would expand the rally from 10 official says, Ainslie said.

Twenty or thirty years ago it was common for the rally attendee to spend all their days in Sturgis during the rally, Ainslie said.

“A lot of people come here and spend a couple of days in Sturgis, which is great. We want them to experience (it all),” Ainslie said.

Bikers are encouraged to ride and visit other towns and sites in the Black Hills area.

Surveys of 2022 bikers also showed that many attendees used Sturgis as a starting point as they continued on to Yellowstone or Glacier National Park, Ainslie said.

Bikers start in Sturgis and return for one last day after going into neighboring states, he said.

Ainslie said Sturgis still benefits when riders may leave for several days. When bikers arrive and then leave, it allows more riders to visit the rally. A three-square mile city can only hold so many at one time, he said.