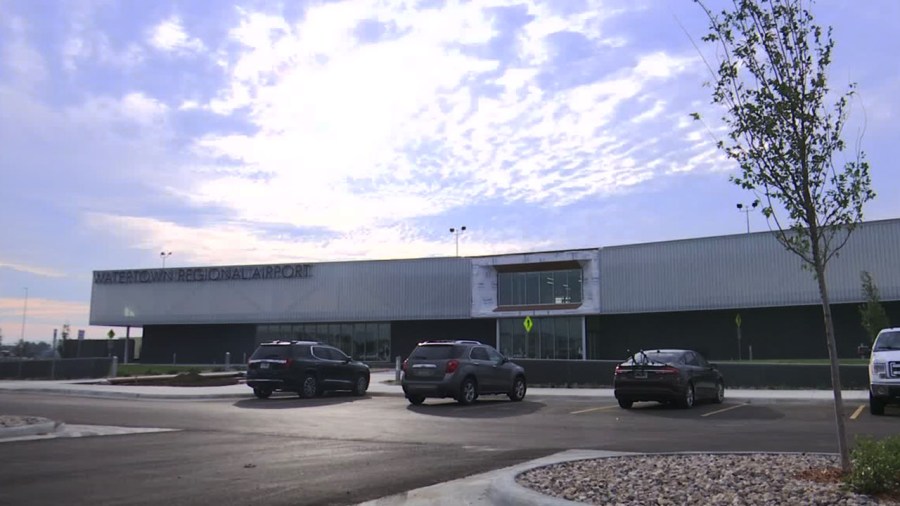 WATERTOWN, S.D. (KELO) — It’s out with the old and in with the new at the Watertown Regional Airport.

Flights are now taking off and landing at the new terminal.

Sara Goddard and her co-workers boarded a flight at the new facility Monday morning.

The new terminal is a major change from the previous one.

This one features big windows and space for anyone to watch planes arrive and depart.

“So it’s kind of like the old school way where you’re not really at the gate, but you can see them and you’re close,” Cyrus said.

While one gate is currently being used in the terminal, the airport is built for potential expansion.

“We actually have a second gate, but right now we have Denver Air and we’ll see what the future holds,” Cyrus said.

But for right now, Goddard gives the new facility a thumbs up.

“I think the city’s always trying to improve and that when we get infrastructure like this it’s able to attract more people from the local area to fly out of Watertown,” Goddard said.

Danger Von Dempsey’s will operate a restaurant at the airport.

The owner hopes to officially open on September 12th.

There are also a few final touches to be done at the airport.