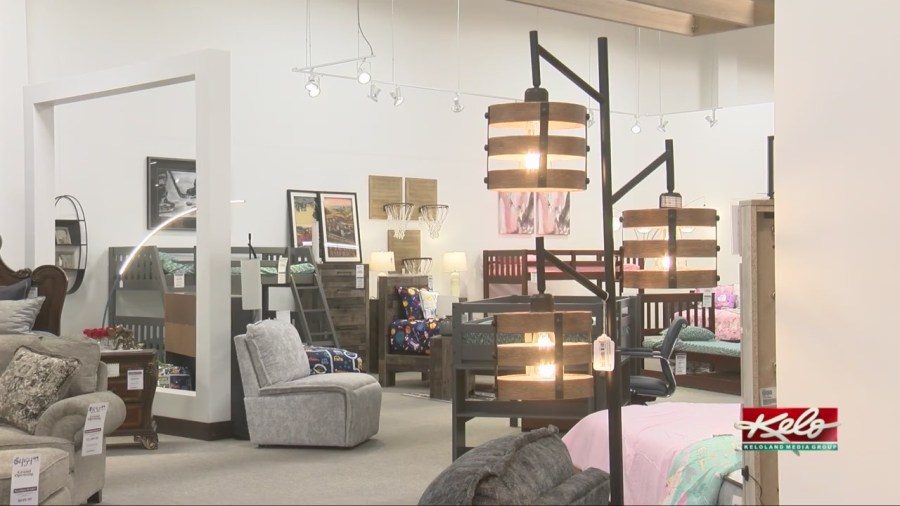 SIOUX FALLS, S.D. (KELO) — Now that the turkey dinner is over, many people are counting down the hours until Black Friday sales begin.

In Sioux Falls, a brand new massive furniture store is open just in time for some big Black Friday deals; a look at the new store attached to the Furniture Mart USA headquarters in tonight’s Your Money Matters.

“To have it right here with all of our corporate people in our corporate offices, we’re really excited,” Furniture Mart USA VP of Sales Bob Brant said.

Two years ago, Furniture Mart USA began building a 300,000 square foot addition to its national headquarters on 60th Street North in Sioux Falls. The addition doubled their warehouse space, but also opened up the opportunity to try out a combination of concepts in Sioux Falls.

“There’s three stores actually here, even though its one building,” Brant said.

The ground floor is Ashley Furniture while the upstairs is Furniture Mart, with their new clearance concept Outlet ’08 in the back of the 2nd floor.

“The Outlet store is going to be set up in the next two to four weeks and will be filled with those buys customers expect when they come to this location,” Store General Manager Bridgit Venekamp said.

Customers like Brian and Ana Nelson say the sheer size of the shopping area is impressive.

“There’s a good variety,” Brian Nelson said. “It is huge and it’s good for the community.”

The retail floor opened Monday, preparing the staff for the company’s biggest day of sales.

And thanks to the massive new addition to their warehouse, they have even more of their Black Friday doorbusters in stock than ever before.

“Going into this Black Friday compared to last year or two years ago, we have so much more in stock, so much ready for people to back up on the other side of the building and take it with them,” Venekamp said.

The sales begin at 7:00am Friday at the newly opened Ashley and Furniture Mart store attached to the FurnitureMart USA headquarters near the intersection of 60th Street North and Minnesota Avenue in Sioux Falls.