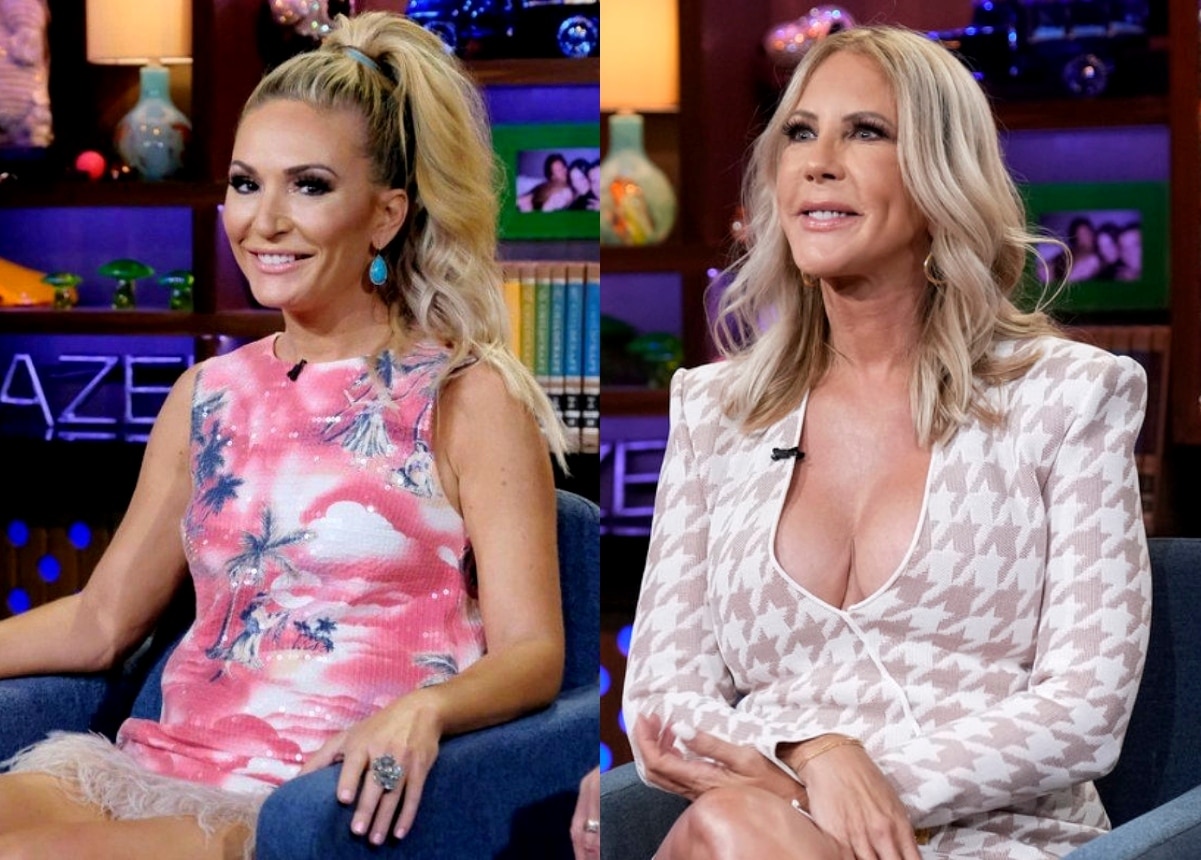 Under the bridge alum kate Dark blond just don’t see the appeal of The Real Housewives of Orange Countyit is vicky Gunvalson.

While promoting his new show, TraitorsKate was asked which housewife she considers the most overrated, and Kate wasted no time calling Vicki, explaining that “she doesn’t understand” all the hype about the OG of the OC .

As a self-proclaimed “Bravo superfan”, Kate based much of her assessment of Vicki on her stint on another Peacock show, Real Housewives Ultimate Girls Trip: Ex-Wives Club.

During filming, Vicki was still processing the disappearance of his relationship with her ex-fiancé, Steve Lodgeand she had several nasty arguments with her castmates, including Brandy Glanvillewho claimed she was a “bitch” to work with during the show’s production.

Vicki’s next venture will appear in the fourth season of RHUGT, currently filming in Marrakech, Morocco. Kate says she hopes Vicki can change her attitude.

“I mean, I’m happy for her that she’s now going to Marrakech for a makeover because, you know, she was vulnerable back then at Bluestone Manor,” Kate told the outlet. “So hopefully after this new ‘Girls Trip’ I change my mind.”

However, for now, Kate is reserving judgement, adding: “But as things stand Vicki needs to change her mood.”

by Kate traitors costar, sunset shahit is Reza Farahanrecently found himself in a quarrel with The Real Housewives of Beverly Hills‘ Kyle richard after asserting Andy Cohen that Kyle was the “most overrated” Housewife for a Watch what’s happening live appearance.

Kate says she’s seen “everything [feud] come down” online and found it “hilarious”.

“When I saw Kyle clapping I was like, ‘Is she watching ‘Traitors’?” So thank you for that, Kyle Richards. And I thought [Reza’s] clap-back was…great. I was so happy for him,” Kate said.

In other news, Kate also took the time to reveal that she and Brandy Glanville sparked a new friendship during filming Traitorsand she confessed that they almost filmed a reality show together.

“I would be lying if I said [NBCUniversal] executives haven’t already thrown this on the table,” the former chief stew told the podcast.

However, due to the fact that Kate has become pregnant with her first child, the idea was abandoned. Don’t count them right away, though. Kate still hopes the idea will come to fruition in the future.

“I would be shocked if at some point down the road there wasn’t some kind of Brandi and Kate reunion with a camera involved,” she teased.

Kate went on to say that her new found friendship with Brandi was her “greatest gift of [The Traitors]” and that the two “sms every day.”

“If I read the texts I get from Brandi, they would go viral. She’s the funniest human I’ve ever met,” Kate explained. “She’s also so smart and kind.”

Although Kate may not be Vicki’s biggest fan, she is supportive of Brandi, who also appears in the fourth season of RHUGT.

“Brandi Glanville deserves a win. She dealt with so much on every show,” Kate concluded. “She deserves her due flowers, totally.”