Kim Kardashianhas a new fashion line, and she hit that spot at home with one hell of an outfit in Italy…an outfit that would make National Geographic blush.

Following her presentation of a Dolce & Gabbana collaboration — Ciao, Kim — in Milan on Saturday, KK stepped out in this leopard-print bodysuit on Sunday…with a fur coat and matching bag. She’s worn plenty of stunning ensembles all weekend, but this one takes the cake.

It’s unclear if this is part of her new collection – which she personally selected alongside Stefano Gabbana and Dominique Dolce — but it could very well be…because it’s in the same vein as the rest of her selected outfits that were on display on the runway.

Her collection will be part of D&G’s Spring/Summer rollout…and that’s a big deal. Kim is basically trying her hand at design — or at the very least, dipping her toes — with this first line showing off her taste. Ciao, Kim is supposed to be a throwback to ’80s-to-’00s styles.

Kim had her family on hand to support her – Chris, Khloe and a few of her kids did the fashion show…and it got a lot of media attention, especially when Kim herself came out.

She had this to say from the experience… “I’ve always loved the quintessential beautiful looks of the 90s and 2000s… feminine, edgy, they always made me feel so confident and glamorous. You could feel the moment where you put on a D&G dress whose intention, when designed and made, was to celebrate the woman who wears it.”

Kim explains that it went on for months, with her and D&G going through countless photos of their clothes and letting her choose her favorites. She adds, “Not only did the D&G team allow me to manage the collection, but they also trusted me and my team to create all the content, the short film, the music and the creative direction of the show, working alongside their amazing team. . This process has really allowed me to express my creativity without limits.”

One last thing…if that leopard costume gives you deja vu, it’s because she’s worn something like this before. In 2019, Kim rocked another with a similar motif. 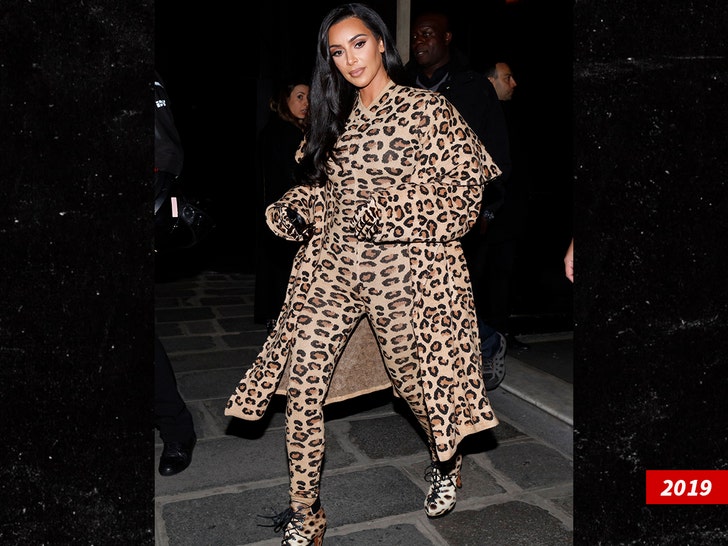 This was designed by Azzedine Alaia and featured in an early ’90s lineup – so it seems like even with Dolce & Gabbana, it’s still channeling those late 20th century sentiments.

A girl likes what she likes.