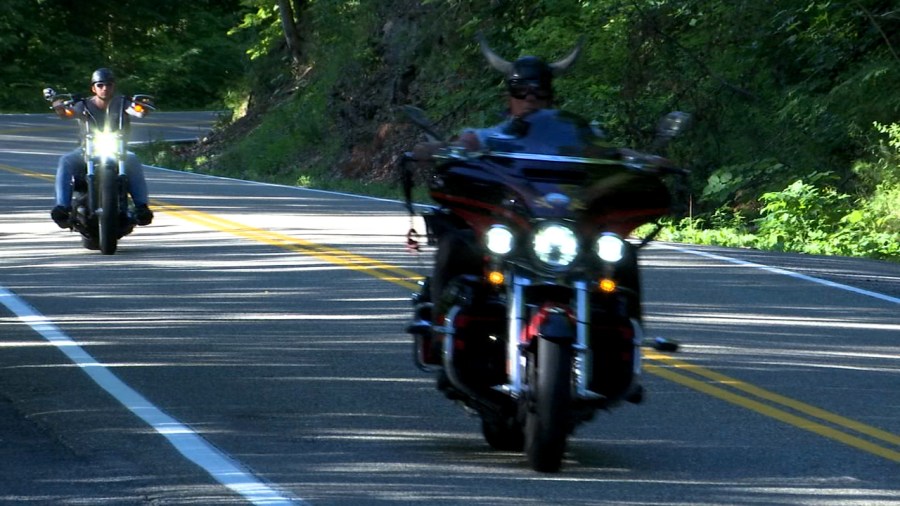 MARYVILLE, Tenn. (WATE) — The Blount County Sheriff’s Office put out a warning to drivers that there will be more deputies patrolling the 11-mile stretch known as ‘the Dragon’ this fall.

Christian Smith, a THP Trooper has worked along the Dragon for the last five years. He has seen many accidents along this winding stretch of road.

“The biggest things that we see is just driving beyond somebody’s means and their abilities on a very dangerous roadway,” Smith said.

The Blount County Sheriff’s Office reported they’ve seen 93 crashes along the Dragon so far this year.

“The dangers of it are there, and what people don’t realize is help is not around the corner,” Smith said. “You’re in the most rural area of Blount County, Tennessee.”

Motorcyclists like Kellie Semmel understand just how dangerous it is. Just last month, she experienced a terrifying moment while coming back from North Carolina.

“This whole line of cars with a truck in the middle were coming at us around the corner and they were going sideways through the corner, so the truck was sideways in our lane and we didn’t have anywhere to go,” she said. “We weren’t sure if we were going to make it through that or not, it was pretty scary.”

Semmel has been riding her Harley for seven years and feels like the traffic seems to get worse each year.

“Everybody’s in a hurry to get to the other end as fast as possible and it’s just not good,” she said.

Which is why local agencies are asking drivers to watch your speed, stay in your lane, and call to report any dangerous driving.

The speed limit on the road is 30 mph and is constant throughout the 11 miles. Officers are asking drivers to respect it as many people are seen going much faster.