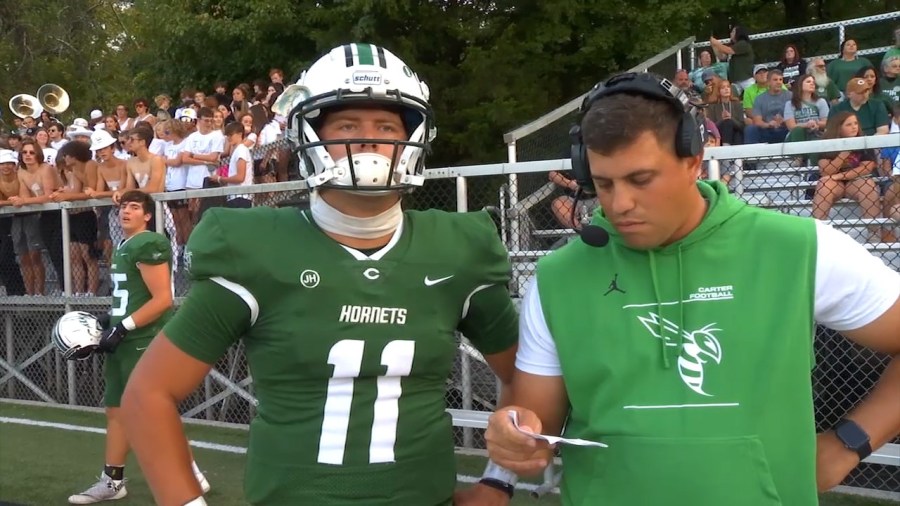 KNOXVILLE, Tenn. (WATE)- Carter senior quarterback Chandler Wilson was unstoppable in the Hornet’s 56-8 win over Scott. Wilson went 24 for 26 for 345 passing yards and scored 6 total touchdowns, including 5 through the air.

Through 5 games, Wilson has completed 74% of his passes for 1,484 total yards and 13 touchdowns. The senior has also rushed for 217 yards on 5 carries and has scored 4 rushing touchdowns.

Chandler said his teammates motivate him to shine under Friday night lights.

“We’ve built a brotherhood through all of the years playing together. That’s what keeps me motivated,” said Wilson.

The quarterback has won WATE’s Friday Frenzy Player of the Week honor multiple times, and can add another plaque to his trophy case.