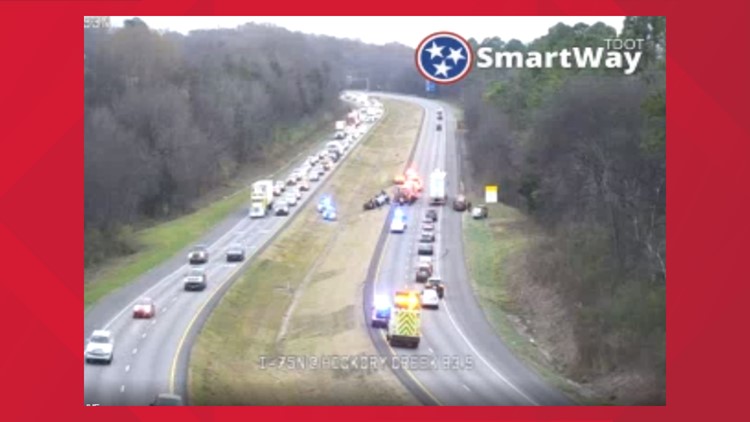 The crash happened near the Interstate 40 split around 4:30 p.m. Thursday. THP said a van ran off the interstate to the left at mile marker 84, overcorrected and rolled several times before coming to a stop in the median.

THP said the 62-year-old driver from Sweetwater, Raymundo Carreon, died in the crash. The 30-year-old passenger from Illinois, Armando Martinez, was also injured. THP said both had been wearing their seatbelts.