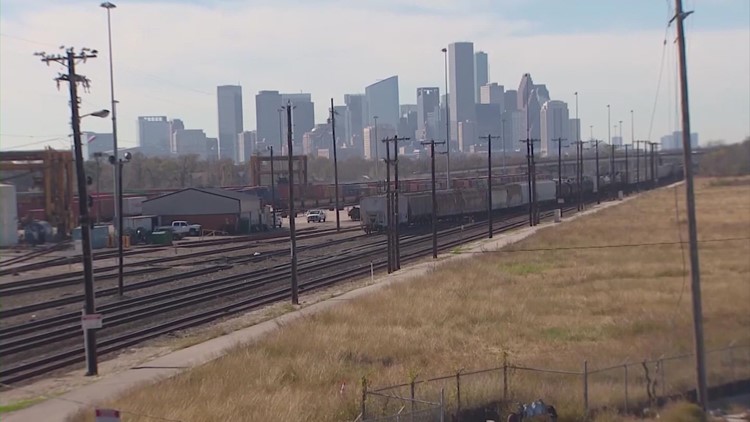 Houston health officials released the results to the public Friday morning. They said the laboratory analysis received by the department indicates all 42 collected soil samples were contaminated with dioxin.

Fifth Ward and Kashmere Gardens residents have complained of cancer concerns for decades. A study by the Texas Department of State Health Services conducted last year showed that children in the areas surrounding the site had elevated levels of leukemia.

“Residents of the Fifth Ward, a historically Black and underserved community, have dealt with negative health effects from hazardous waste and chemicals for decades. Both children and adults in the area are subject to higher rates of certain types of cancers, and it’s time that we ensure they have the clean air and water they deserve,” Harris County Attorney Christian D Menefee told us in July. “Union Pacific should be held accountable for the harm this facility has caused to its neighbors.”

Health officials said the testing of the soil samples from residential properties and right of ways indicates the highest concentrations of the chemical are at the fence line and decrease in areas farther away from the 33-acre site.

The property is a former railroad creosote treatment facility located in the Fifth Ward and Kashmere Gardens neighborhoods near the intersections of Liberty Road and Lockwood Drive and Liberty Road and Altoona Street.

Creosote treatment at the site began in 1899 and did not cease until 1984, resulting in soil and groundwater contamination.

“These tests results raise an added level of concern. No longer are we just talking about a dangerous plume beneath the surface, but a cancer-causing substance, dioxin, at the surface level. UP and the state must now change their entire remediation plan,” Houston Mayor Sylvester Turner said. “We have promised residents that the city will continue to test, monitor and work in their best interest.”

Even though the laboratory analysis recommends additional sampling, there is a strong link between environmental conditions within these communities and human health, said Stephen L. Williams, the department’s director.

While residents are being notified Friday morning, the health department started alerting neighborhood and community leaders from the Fifth Ward and Kashmere Gardens and elected officials on Thursday.

The department said they also provided the sampling results to the EPA, Texas Department of State Health Services and Texas Commission on Environmental Quality for further action.

Dioxins are a group of toxic chemical compounds that can cause certain types of cancer, reproductive and developmental problems, damage to the immune system and can interfere with hormones. They are considered persistent organic pollutants by the EPA because they take a long time to break down once in the environment.

The health department published a full report of the results and a map with all of the soil sampling locations on its website.