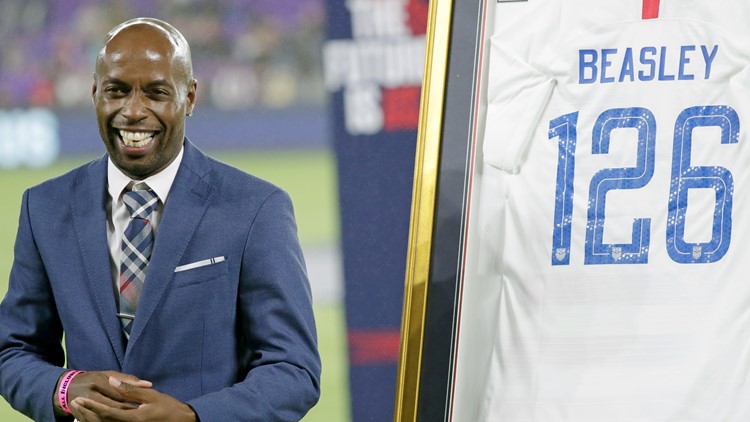 TEXAS, USA — Former Houston Dynamo star and U.S. Soccer legend DaMarcus Beasley was elected Saturday to the U.S. National Soccer Hall of Fame and will be inducted May 6 along with Lauren Cheney Holiday.

Beasley was elected along with fellow legend Landon Donovan. Vote totals were not announced by the hall.

He became the first coach of the second-tier San Diego Loyal of the United Soccer League ahead of the 2020 season.

In 2005, he became the first American to play in a European Champions League semifinal, with PSV Eindhoven.

Congratulations to @USMNT legend and former Dynamo defender @DaMarcusBeasley for being elected into the Class of 2023 @soccerhof!#HoldItDown