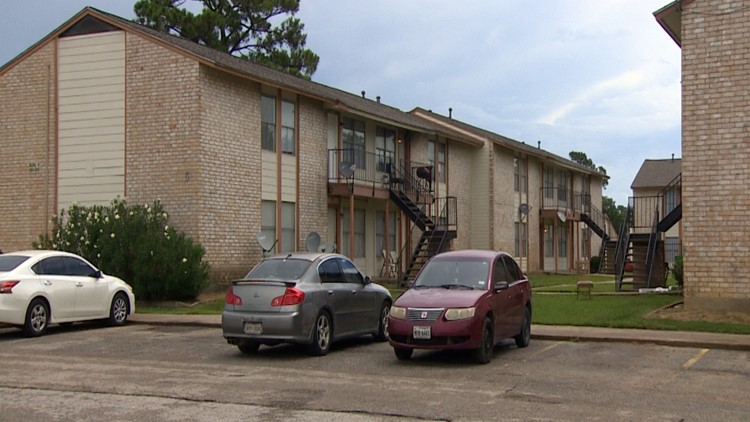 HOUSTON — It was a full circle moment for people living in deplorable conditions at a northeast Houston apartment complex.

Residents at the Sterlingshire Apartments celebrated the apartment being back up to code thanks to the successful efforts of those who stepped in to fix things up.

Back in June, residents reported roaches, mold, and bullet holes in the windows.

“I mean it was a lot of going on, at first nothing was getting fixed. We reported things like that, and they were ignoring it,” said Tamika Tomlinson, who lives at the complex.

The improvements are thanks to a group of local activists and city leaders including the Rainbow Push Coalition, Qaunell X, Hoodies for Healing and City Councilwoman Dr. Letitia Plummer.

“We wanted to show the after-effects because of all of us working together to make this to be a better place for these people,” said Dr. Candice Matthews with the Rainbow Push Coalition.

The group helped put pressure on management to get the apartment back up to code.

“It is already up to code and we’re very excited about that. Some properties take 4 to 6 months. We’re 45 days into this and we are already on the leg of getting everything completed in the next 30 to 45 days,” said a spokesperson with the property.

Saturday, the group celebrated the milestone with a back-to-school giveaway on the property.

Tomlinson says the event brought relief where there was once a sense of worry.

She says their community is grateful for the group’s efforts that held the apartment accountable.