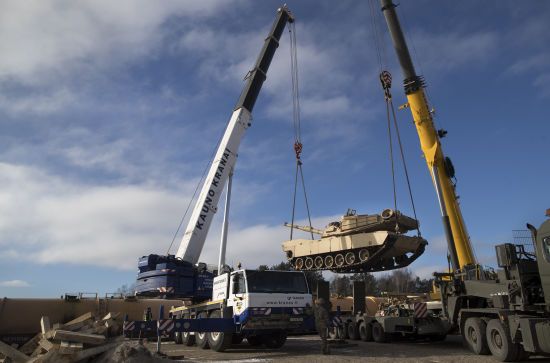 Poland creates an insurmountable barrier in case the aggressor decides to attack.

The first American Abrams tanks Poland will receive already in the spring. These will be the first samples of the batch of 250 ordered tanks.

This was stated by the Deputy Prime Minister, Minister of National Defense of Poland Mariusz Blaszczak on January 26 interview “Polish Radio”.

“My mission as the Minister of National Defense is to strengthen the Polish army, I consistently do this. I want to announce the good news – this spring we will receive the first Polish Abrams. The Polish army will be equipped with the first Abrams,” said the Polish minister.

Mariusz Blaszczak reminded that Poland is receiving Abrams after it handed over its older T-72 tanks to Ukraine. Crews are already trained.

“Abrams” are excellent tanks. The best tanks in the world in my opinion… This will be the first batch of 250 tanks ordered from the USA. The task of these tanks will be to to create a barrier that will be insurmountable if the aggressor decides to attack Poland“, said the Deputy Prime Minister.

When asked which is better, Abrams or Leopard, Blaszczak answered that it is definitely the first.

Note that the contract for the supply of Abrams tanks to Poland was approved by the head of the Ministry of National Defense at the beginning of January. Delivery of all machines is expected to be completed next year.

In April 2022, a separate contract was signed for the supply of 250 Abrams tanks in the M1A2 SEPv3 version. Poland transferred 240 modified T-72 tanks to Ukraine.

We will remind, on January 25, US President Joe Biden confirmed the information that The United States will supply Ukraine with Abrams tanks. Washington will send 31 cars to Kyiv. In addition to the tanks, Kyiv will receive the equipment necessary for their maintenance.

“We will train Ukrainian forces as soon as possible,” Biden said.

Also, on January 25, the German government officially agreed to the handover Leopard tanks. Permission for the same movement was also issued by Poland and other countries that have these machines.